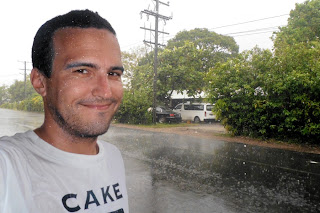 It feels like I never left. Being here is so familiar that the last three years may or may not have been a very long nap. As I was typing this, Dan said from across the room, “So it’s been three years since I saw you? … Now that I’ve seen you, it doesn’t feel like it’s been long.” Nope. It doesn’t just feel like old times; it feels like the same times. And for the purposes and hopes and dreams for this trip, that’s perfect. There are marked differences for sure: Dan lives in Apia. Upolu was ravaged by a cyclone that’s left parts of Beach Road unrecognizable. I’m on a MacBook. The owners of the fish market sold the snack bar, and they no longer serve oka or poke. Paul’s getting married. I’m looking down the long end of two weeks rather than two years. My Samoan vocabulary isn’t quite there when I reach for it. Today Chris and I walked to town, and 5 minutes after we left home, I turned around because I thought I heard a car coming, but it turned out to be an advancing torrential downpour. Marooned under a tree, feeling soggy and slightly defeated, I tried to conjure what I would have done about this situation 3 years ago. But even that seems inconsequential. Candid Dan pontificating on how things are different now: “Living in town. Having a car. Having mostly friends that are not American. Having more money to have the things I need, and lots of things I want. That’s a good thing. I ‘m not sure I could go back to living on $200 per week.” It’s true. Financially we’re all more comfortable. And there are lots of freedoms that come with leaving the Peace Corps’s bureaucratic rules. And, aside from Dan who works at the National University of Samoa, we’re here without obligation to teach or work. But the fact that life here seems to have left off exactly where I left it is a testament to how irrelevant all that stuff is. The best parts and the worse parts remain the same. Life in Samoa ebbs and flows at the mercy of external elements: the environment, the weather, the brutal strength of the flora and fauna, Samoan culture and the rules and obligations therein. And co-existing with these things—asserting oneself in harmony or discord—is what makes life here both difficult and gratifying on a grand scale. Coming back to that polarity is scary and thrilling, and it makes me feel alive and maybe self-actualized. Those feelings were the greatest part of the Peace Corps. For many of us, those two years were the best of times and the worst of times. Stepping off the plane in Fiji yesterday, I was great to feel that polarity once more. It’s taxing and hard. But it’s exactly what I was looking for. How do I take it home with me? I hope you’re well. Pictures below. 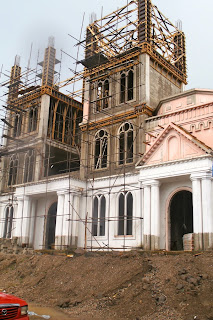 That hurricane last December was no joke. The cathedral in Apia took on massive damage as is currently being rebuilt. Lots of buildings along the harbour were completely wiped away. 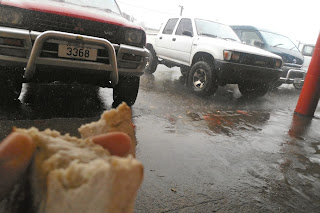 Chris 81 and I had a taro and masipopo picnic under an awning while we waited for the rain to subside. 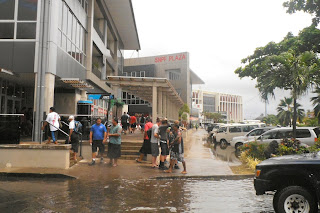 This new complex in Apia is flashy and modern. Dan 81 worked on some of the construction. 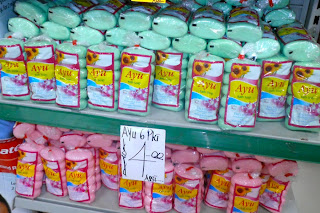 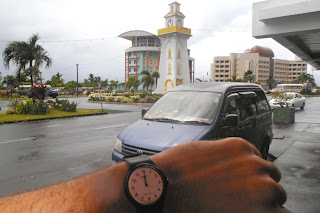 When my dad came to visit, he set his watch to this clock, which back then was stuck at four minutes to two. But now it's no longer stuck! It tells the right time and chimes on the hour. It's a brave new world.
Posted by Matthew at 11:59 PM

Hey Matt! I've always thought you were an amazing writer, but this post convinces me you've taken it to a whole new level!! Amazing job at capturing in words what is often so hard to express about going back to that place we love! Malo lava! Looking forward to reading more in the weeks to come! Give my love to Samoa!

Ahhhh I can't believe you are back MATT! And I just left the country. Is it a tad bit pathetic that I had hoped to meet you one day strolling down the streets of Apia?

Can't wait to read what other adventures you'll be up to while in Samoa!