We Have to Go Back! 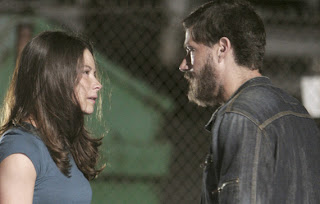 I was by myself in the check-out line at Trader Joe’s when the text came in. It was a typical Sunday grocery run during San Francisco’s Indian summer last year. The text read, “Hey Mati this is Paul. It’s been a long time. Anyways hope you’ve been doing well. Rebecca and I just got engaged and we are planning on having a wedding in Samoa around about a year from now and would love to see you out on the dance floor.” And so here we are.

Now that I read it again, it’s unclear whether the dance floor reference is specific to me. I am a shameless wedding dancer, and whether I’m terribly awesome or awesomely terrible, I’ve built a reputation for myself. But maybe it would be great to see everyone on the dance floor?

I admit my first instinct was slight panic. What about the reunion?

At our Close of Service conference at the end of our Peace Corps tenure, Group 81 was hanging out in hotel room, enjoying one of our last nights as a 13-person unit. Someone asked whether I’d be interested in a reunion in America a few years down the line. As the story goes, I felt so passionately about this idea that I made Paul pause the music and then proceeded to very seriously demand that everyone commit to a reunion in Chicago Summer 2013.

That plan was shelved, and now the reunion is happening in The Motherland.

As it turns out, Jim from group 80 scheduled his wedding 6 days after Paul’s, and the double-wedding week was enough to draw a crowd. 8 of the 13 members of group 81 are coming together for the next couple weeks.

The Lost reference above is appropriate. Fans of the show will recall Jack’s deeply rooted urge to go back to the island, while Kate had strong reservations. Similarly, I’m approaching the return to Samoa with great excitement and intense apprehension. It’s always a thrill to heed the call of the wild, but the Peace Corps was a massively difficult time, and I can’t help but feel a little nervous.

And given that I bought my plane ticket back in January, there’s been a lot of time to vacillate between these two mindsets.

Anyway, we’ll see how if I can pull off daily blogging during the next 2 weeks.

I hope you’re well. Photos from Peace Corps mini-reunions from the past 3 years below. 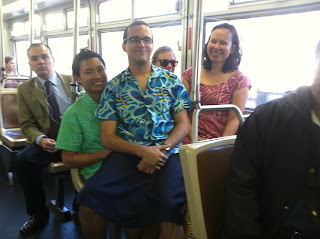 Supy, Me, Ali, and Jenny S sii-ing on our way to Bay 2 Breakers. 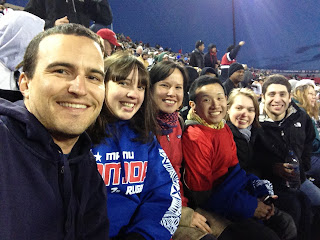 At the Rugby 7s Tournament in Vegas. 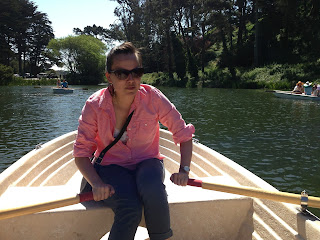 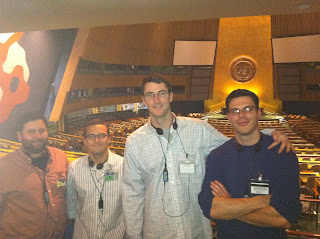 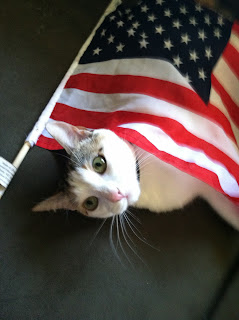 Scout, the immigrant cat, overcompensating on her first 4th of July in America.
Posted by Matthew at 6:51 PM

I'm so happy to be able to read a daily blog again! Love the picture of Scout.

Malo! so good to read of you again! Thanks for sharing the pics too!

Where can I get a print of American Cat? Are you in Apia yet?

Talofa Matt. Just a correction on your photo about the new Mulivai Cathedral in Apia. The hurricane last year had nothing to do with the construction as the old cathedral was torn down in 2011 to make way for a brand new one which has been under construction since then. Beautiful photo though.

Your blog is interesting..provided that it's a different perspective from the outside looking in but that's not entirely true. You have lived among us (Samoans) and now you are somewhat Un-Americanised...Welcome to Samoa again :)

matt, welcome back! your cat scout looks so much healthier.

ps. that is awesome your group doing the samoa bus riding back in your own country

yay...your back i enjoyed reading your blogs on my nightshift at the hospital.. :)