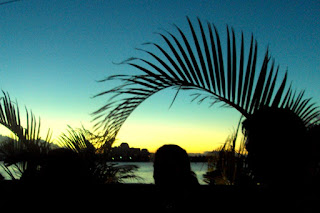 Since the Year 12s and 13s are all in SchoolC and PSSC exams this week and the 9s, 10s, and 11s are off until Monday, this week has been pretty slow. I’ve been rolling into school around 9:30 every morning, and those morning hours have been spent preparing for Prizegiving, even though it’s 4 weeks away. The Indian missionaries are leaving for India on 22 November, and they want to have everything in its place before they go. So I’ve been compiling grades for the upper levels and printing trophy labels. Keeping busy. Here are some other odds and ends from the week:
That’s all I got for this week. I hope you’re well. 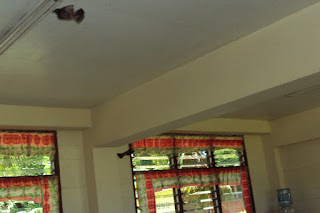 Birds flying in the staffroom. It's Birds! It walked on my pillow! 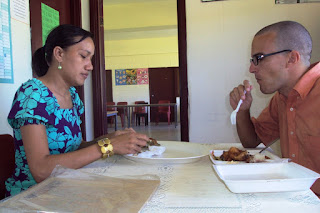 School secretary Faalau and me sharing an impromptu lunch after it was discovered we'd ordered too much for the exam proctors. 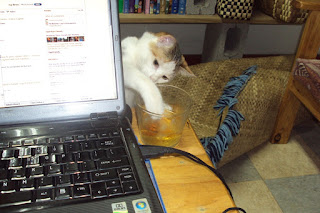 Scout trying to get in on the Jim Beam. 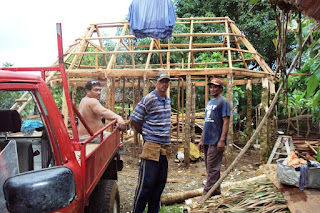 For my host mom's 70th birthday, the guys tore down the garage to build a new large faleo'o.