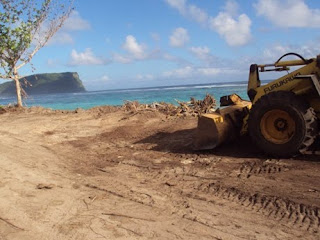 With the arrival of Group 82 tomorrow and other big dates looming later in the week, earthquake coverage is going to have to move to the backseat. With school back in session and the relief effort moving into the rebuilding phase, it’s time to move on. I realize Americans are known for having short attention spans, and I hate to fall into the stereotype, but we can’t deny who we are, right? I will be sure to update the blog with tsunami relief news, and this Friday I’ll post about Thursday’s national mourning. But to conclude the wall-to-wall earthquake coverage, here are some odds and ends:That’s all I got. I hope you’re well. Pictures below. 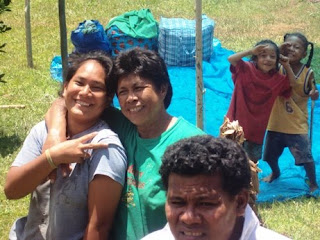 I think this is my favorite picture from the week. 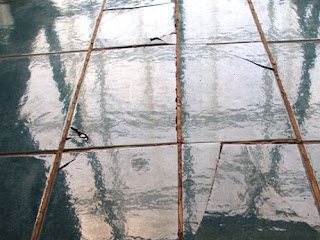 Cracks from the earthquake in the John Williams Building. 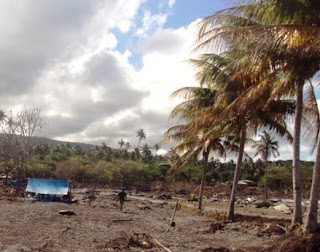 Palm trees are also resilient. Can you see the deciduous tree at the far left of the picture? It is dead because of the salt water from the ocean. The palm trees on the right are thriving despite the salt. Sure, they're a little brown, but that's from age. 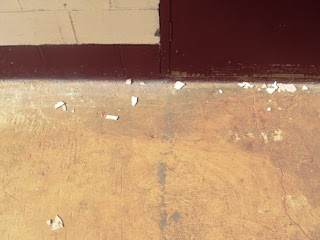 Cracked cement falling off my school. I think they're going to tear this building down.

you made me cry again. very touching.

Thanks for your excellent coverage of the tsunami and your blog in general. I look forward to reading each new instalment so please keep it up.

move forward if you must. keep us updated on rebuilding effort if you can. i am anticipating friday's blog.

You have so greatly anticipated the new group's arrival that I am anxious to hear all about that. I hope it is all you have hoped, and these guys will benefit from your seasoned experience

I love this entry. I'm very proud of you. I'm happy to also hear about hand shoes. Yay for group 82 coming!