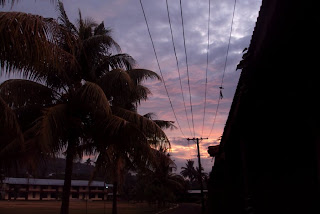 It’s been nearly a month since the last Odds and Ends Thursday, which if far too long, I think. It’s indicative of the state of things here: the last month has been a blur with the earthquake and the aftermath and the new group and our group’s own anniversary and student teachers and school and the fiafia and all. This week has been relatively low-key, and that should carry into this weekend hopefully. It’s a chance for Samoa to catch its collective breath. Here are some other odds and ends of late:
That’s all I got for this week, but there will be more next Thursday. I’m glad we’re back in the swing of things. And I hope you’re well. Pictures below. 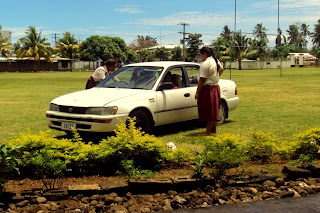 I took this picture for no reason today.  I just like the color of the grass and the sky and the bushes and the girl's uniform. 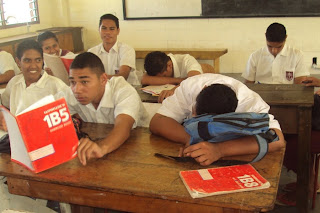 Boys sleeping during my 11.1 class today. 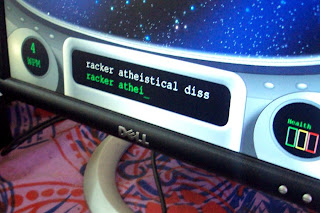 A couple of boys had this word come up today in Mavis Beacon.  Quit oppressing us with your godless agenda, Mavis.
Posted by Matthew at 7:00 PM

and the fact that you have to make a statement about how NON competitive you are speaks for itself. So.....having said that will you be carving a pumpkin on Saturday to participate remotely in our annual celebration....send a picture and we'll enter your NON competitive effort into the line up at the end of the evening...we love you, we miss you and can't wait to see you. And I do hope you are feeling better. You sounded horrible on the phone the other night.

lol, why are the male students in your class snoozing? you should fasi them quick-smart and not let them be idle in your class. or you'll be known as the easy-target palagi teacher!

Students sleeping....that will never go over with the pisikoa or missionary teachers in my days. That would warrant a smack on the head with a text book or sent home to.....sleep.