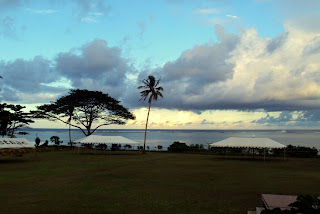 School’s been out for a week now, but things have been busy nonetheless. Between the LSAT and the Christmas party today, I’ve had enough reasons to get out of my house and avoid the lazy boredom of summer. But I’ve kinda been looking forward to the lazy boredom of summer. There’s still 6 or 7 weeks left of summer break though, so I guess I’ve still got time. Here are some other odds and ends from the past week:
That’s all I got. I hope you’re well. Pictures from today’s party below. 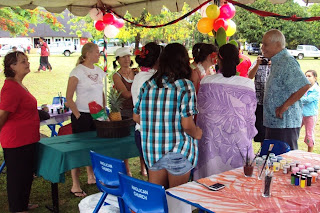 The Head of State (at far right) visits the face-painting tent. 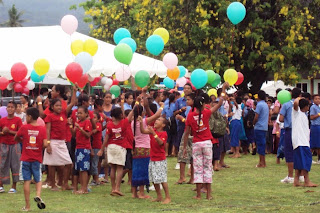 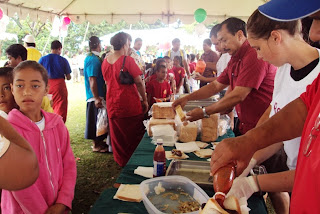 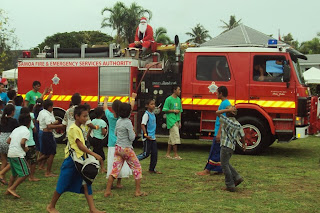 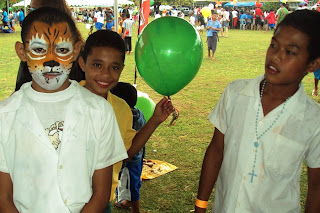 Apparently the makeup crew from CATS was in town. 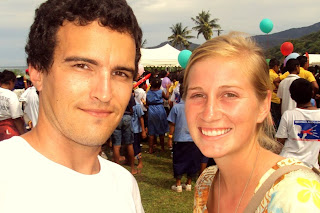 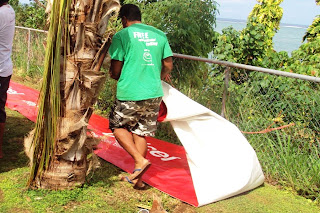 The event was sponsored by both SamoaTel and Digicel, the two rival cell phone service providers. It was funny to see the SamoaTel guy taking down Digicel signs.

I spelled the word judgment "judgement" about 40 times in my LSAT essay. Looks like law schools don't read them :)

And I totally understand how you feel- I wasn't stressed till after either... but the day we got to call in (yeah, I'm ancient, and the internet was not available as a means of checking scores when I took the test), I was flipping out. I'm sure you did great... and once you know, we can talk more about whether you want to do this silly law thing!

Paul is adamant about a lot of things, don't you think?