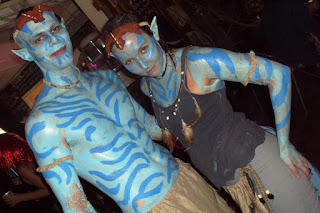 I’ve done it once before. Between college and Samoa I cut my own hair, and on one occasion in early 2007 the guard on the clippers came off while I was trimming the hair on the back of my head, and I had no other choice. But yesterday’s session was a conscious decision from start to finish. I recruited Dan to help me in the matter, set out the objectives beforehand, and then stood on the steps behind myself while Dan went to work.

People have since asked when and how I came up with the idea, and to be honest, I don’t have a straight answer. Halloween snuck up on me, as it always does, and I’d been talking to a bunch of volunteers about costume ideas, and when someone suggested monk Friday afternoon, I immediately rejected it. But somehow it crept back into my deliberations yesterday morning.

On second thought, the idea had merit. The clothing wouldn’t be difficult; though I don’t have a brown robe, a brown ’ie faitaga would work perfectly. Additionally, what with the Giants doing so well in the World Series, being a Franciscan monk would fall right in line with San Francisco. In fact, Saint Francis would be a great tribute costume on a number of different levels.

But the part that really pushed the idea over the edge—the thing that would bring the costume from mediocre to memorable, the way the costume could really outdo years past—required a certain amount of sacrifice.

For whatever reason, in my experience Peace Corps Volunteers take Halloween far more seriously than most people I knew in The States. Perhaps the qualities that make for a good PCV fall in line with those that make for a good Halloween costume maker/wearer. Or maybe life overseas means we have a lot of pent-up Americanism and Halloween simply provides an outlet. Whatever the reason, past years have set the bar high.

And, if I do say so myself, I’ve had a pretty good track record. In 2008, my mosquito costume was certainly a failure, but it was a memorable failure. Though it became unwieldy almost immediately and it was unrecognizable to most people that night, people still talk about how awesomely bad it was. Last year my Halloween homage to Country Director Dale was a big hit. At Group 83’s Welcome Fiafia earlier this month, Dale even introduced himself as Matt. So I like to think I’ve built a bit of a reputation for coming up with a costume that generates some sort of buzz, which is all to say that expectations for this year were high.

So I shaved my head. It was the added quirk that brought the entire costume to a new level. When I told Dan my idea, we discussed whether it should just be clipped short or whether a safety razor and shaving cream would be necessary. We decided on the latter. Dan used a longer setting on the clippers first to get the general shape and then went over it again once we were both satisfied. I did much of the work with the safety razor, although Dan helped with the back.

The monk’s hood provided a good method of reveal that let people soak in the costume initially, and with its removal, the tada! moment. Many people at the party thought I was wearing some sort of bald cap, and I was asked several times during the night where I found such a thing in Apia. Everyone’s next question of course was, “What are you going to do tomorrow?”

My answer: shave the rest.

And so as I type this now, my head is completely bald. It will be difficult to explain this to school staff tomorrow, but I figure once people get over the initial shock, things will be business as usual. Students won’t be around this week on account of testing, and there should be a fair amount of stubble by the time they get back next Monday.

In any case, I feel like I rose to the Peace Corps Halloween standard. Don’t expect this next year. 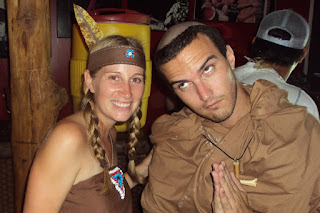 Erin showed up as a Native American. Me as Monk. 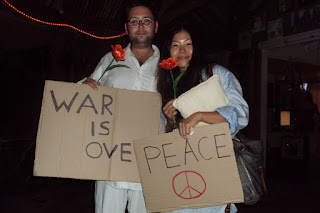 Koa and Summer as John Lennon and Yoko Ono. 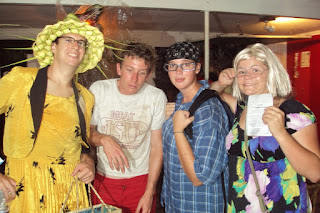 The costumes. 4 volunteers showed up dressed as other volunteers. Left to Right: Kyle as Jenny S. 82, Jim as Trent, Blakey as me, Elisa as Tifa. 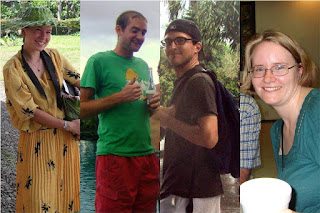 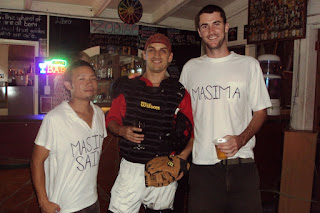 Phil and Supy, in a sequel to 2008's Big Spoon / Little Spoon, came as Masima and Masima Saina (Salt and Chinese Salt... even though Supy is Thai.). Joey 81 was a baseball player. 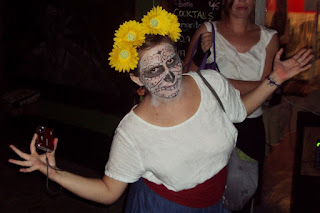 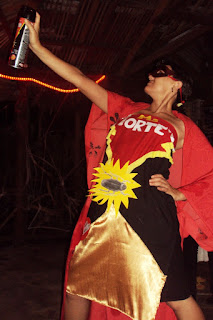 K8 showed up as Miss Mortein, a superhero of her own creation. 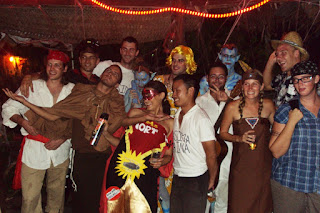 Group 81 showed up in its entirety as we do on occasion. No other group has ever achieved this outside of training in all my time here. Yes, we love patting ourselves on the back. 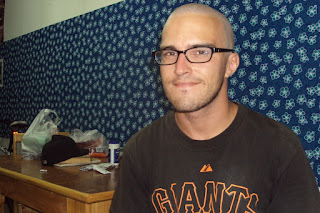 love the pictures! you PCVs are so creative when it comes to costumes. and did you get my email about LOST?

You need some sunshine on that scalp - way too white. And get it buffed. Maybe we should send you MaryO's wig. You're going to freeze when you get home, spida'man.

Enjoyed the pictures! Can't believe you will all be home soon...