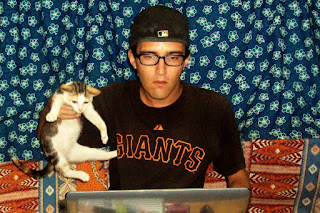 My dad texted me at 8:46 p.m. PDT with, “Giants win 3-2”. And just like that, my boys are going to the World Series for the first time in 8 years. This is glorious news, except for the fact I’m completely isolated from baseball. I’ve been wearing my Giants t-shirt to class and my Giants baseball cap around town, but the thrill of baseball isn’t about the jersey or the hometown pride; it’s about watching the game. And though it’s going to be decidedly difficult to do that, I’m going to try my damnedest.

Here is a list of viewing possibilities I’ve come up with:
I wonder if I know anyone else who has good cable. Jordan and Blakey housesat for a couple up the hill who have pretty good international cable. Jordan invited me over earlier this season to watch baseball. The second-to-last resort:


Do you live in the Apia area? Do you have a satellite dish or otherwise International TV capabilities? Can I come to your house to watch a baseball game at one of the following times?I would be willing to bring chips and soda and explain the finer points of Major League Baseball to anyone interested. Please email me here. 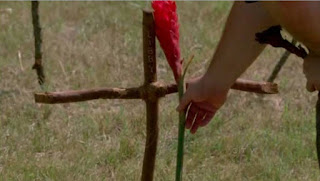 While watching Lost yesterday, I noticed Hurley put a Teuila blossom on Libby's grave. The Teuila is, of course, the national flower of Samoa.

Note: Please refrain from leaving comments about Lost. Thank you.

Oh no, from here on I might have to disagree with you--Go Rangers!

So... where did you watch the game? also, have you tried KNBR online? possibly streaming radio there.