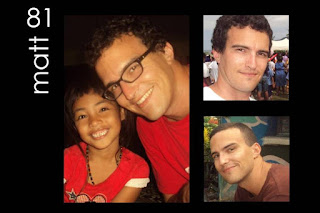 Yes, I admit these last Cultural Explorations were sporadically posted over a much longer time period than usual. For a moment on Sunday, I actually planned to write and publish 5 blog posts. But then I literally fell over on the couch and fell asleep. Much like last year, last week’s lead-up to the Welcome Fiafia was a mostly sleepless affair. With everyone in town last weekend, there was little time to catch up, and the re-introduction of Year 13 Camp this week has left me surviving on caffeine and mid-afternoon catnaps. So sorry if things have been uneven; it’s an accurate portrayal of life.

The slideshow turned out pretty good. Since the Fiafia came up way faster than I was expecting, I didn’t have much time to throw the slideshow together, so I mostly relied on the same clever tricks I concocted last year. Thus the crowd was less awed than last year, but still satisfied, I think.

I included factoids about each volunteer, and since I have twice the familiarity with group 81 this year, I was able to sprinkle the show with in-jokes and euphemisms. In fact, use of the word “factoid” itself is a quiet shout-out to the 81s.

There were the typical hang-ups. One volunteer felt all of her pictures were lousy, another shouted out during the slideshow presentation that the village I’d listed as her home was incorrect. Whatever. As a pre-emptive buffer to such criticism, I made sure to a make a show of being self-deprecating during the part about me. So there.

Supy put up a big stink because the Fiafia was held on his birthday, trying to get all of us to attend his alternative party. To lull him into coming, I included a special Happy Birthday Supy segment, which included, among other things, a sing-along-with-the-bouncing-ball portion; not an easy feat in PowerPoint.

I was worried people wouldn’t get it or would be weirded out, but much to my relief, the crowd actually sang along to the bouncing ball! Too bad Supy didn’t show up. That’s right. He didn’t come. Not that I’m bitter.

Until 4 hours before the Fiafia was scheduled to begin, I still had no introduction. I was chatting online listening to my iTunes on random play when Ira Gershwin’s “Rhapsody in Blue” came on. I thought of the beginning of the movie “Manhattan”. And thus the introduction was born. I found as many dramatic pictures of Apia buildings as I could find, changed them to black and white, and edited my Gershwin mp3 down to a manageable length.

The result is ridiculous. Woody Allen filmed iconic images like the Empire State Building at dawn, cars crossing the Brooklyn Bridge, and crowds moving through Time Square. I used shots of a breakfast banner over McDonald’s, a Birthday sale at Chan Mow, and two ladies walking in front of K.K. Mart. Iconic to Peace Corps Volunteers? Certainly. Majestic? Not so much. Entertaining to (movie nerds) me and Koa and no one else? Most definitely.

Oh well. I liked it.

I hope you're well. The finished product was 215 MB, so I’m not going to post it here. But there are some screenshots below to help you visualize. 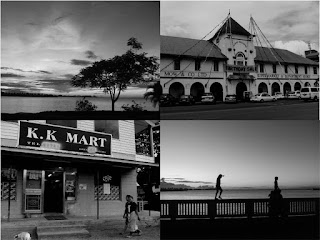 Dramatic photos of Apia from the slideshow intro. 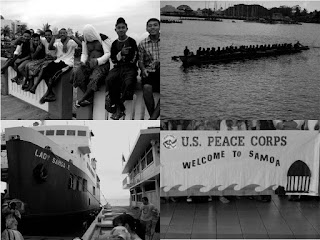 More dramatic photos of Apia from the slideshow intro. 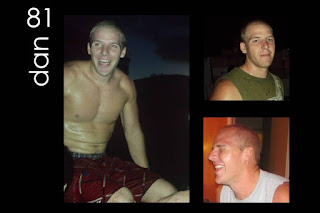 Okay. So the basic gimmick I kinda invented last year and then shamelessy used again this year works like this: Dan's pictures fly in. The disappear one after another to reveal different information about Dan—his village, project assignment, and factoids. Different pictures replace the old ones. Then Dan's name and all of the pictures except one fly. In this case, the large picture on the left stays. 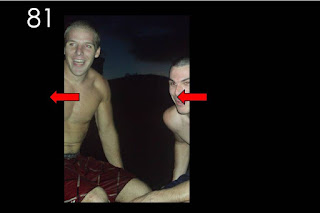 That large picture on the left then pans within its frame to reveal a different member of group 81. In this case, A.J. (Red arrows added for demonstration purposes.). 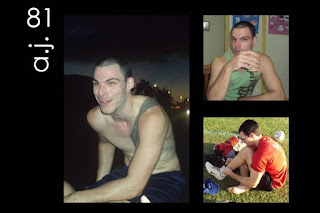 Once the pan finishes, pictures of A.J. fly in to fill the slide. The process repeats itself. A.J. links to Phil, Phil to K8, K8 to Blakey, etc. We're all connected.