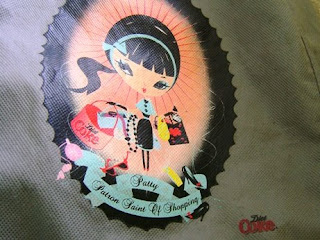 When brain-storming topics for Cultural Explorations, I’ve considered doing a music post several times, but the topic seems so dangerously broad it would be impossible to capture the music of a nation and a culture and a popular culture in one post. Music is everpresent here, whether students are singing at an assembly, godawful crap is blaring on a bus ride, or Vaiolo is playing music from her cell phone during class (which I’ve politely asked her not to do).

I’ve been listening to the radio for the last two hours, and it’s mostly been pop, but I swear, just moments ago, the Lord’s Prayer (the Protestant version) just came on with a fully synthesized instrumentation and one of those percussion tracks that my dad hates so much. Oh! And it just medleyed (medlied?) into Auld Lang Syne! The next song, not kidding or embellishing, is Jimi Hendrix.

This is indicative of the broad variation that happens on the radio here. It’s almost as though American pop culture came on so fast that Samoa hasn’t figured out what to do with it. It’s like a much more wholesome version of the American culture wars (Willie Nelson just came on.).

Part of the problem also comes from the fact that English is mostly a second language here, which makes it more difficult to differentiate between musical genres. Growing up in California, I heard quite a bit of music from Mexico growing up, and though I discern broad music styles from one another, music on my Spanish radio show would be all over the place. In fact, all of the Spanish music I have on my iPod is thrown into the same “Español” genre. So I guess I won’t be the first to cast a stone.

Part of the problem is also that I’m listening to the less popular Star 96.1. While music on the über-popular Magik 98.1 is distasteful by comparison, it is got a more steady consistency. That consistency involves a bizarre mix of ABBA and hip-hop and strange covers of popular American music with heavy, heavy synthesized backbeats.

One of my students wanted me to copy some files on to her flash drive, and I was able to copy a folder of music she had on there. I think the folder is a relatively accurate cross-section of popular music here. Among other things, it includes:Really, it’s difficult to convey all this without including links to samples. I regret this, and I’ll work on it and see what I can do.

In the meantime, Star 96.1 is playing a weird sound-alike cover of Gary Jules’ cover of “Mad World,” which was originally recorded by Tears for Fears. And that’s the thing that really bugs me about these strange covers; Gary Jules’ cover was so vastly different from the Tears for Fears original that it’s almost like a completely new song. But doing a very close cover of his cover seems wrong. Make it your own.

Note: The picture above is the silkscreen print on the side of a tote bag one of the teachers here uses on a regular basis. I like it because of the Diet Coke logos and the name "Patty" and it says "Patron Saint of Shopping". 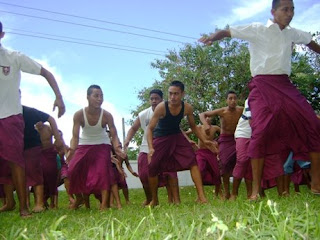 More Culture Day practice. I like this one too. 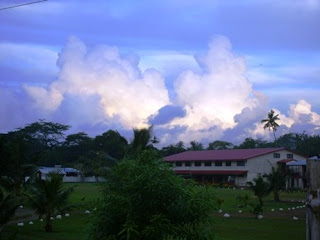 The sky here is dramatic. 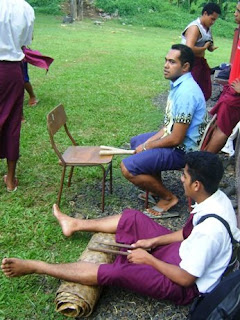 I think Kelly is more the Patron Saint of Shopping, a gift she comes by honestly from Mary O'Lague!