The Other Bastard Machine 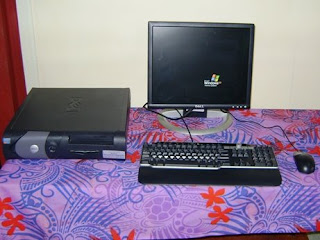 After I started working at eCivis, I would come home and want nothing to do with the brand new laptop I purchased just after I was hired there. The thought of any more time with a snarky little machine was torturous. Was it the unwavering blank unenchanting glow? Or maybe the machine’s inability to understand the simple things I want it to do grew to be too much by the end of a long day. Or maybe working at eCivis sucked and using a computer didn’t mesh with my escapist mentality at the time.

In any case, computers can be stupid machines that cause more problems than they solve, and days like today, it seems foolish to introduce them to the developing world. This became very clear when I showed up at Culture Day practice smoldering from a stressful day of computer mishaps while the rest of the students and staff there were jovial and excited to be singing and dancing. I feel like pushing the computers off the school’s second floor balcony might be a better way to serve the community here.

Some of the problems were out of my control. My server has been down since last Tuesday due to some hardware issues. When I turned it on, the green light would show up, but a high-pitched sustained beep would come from the back and nothing would show up on the monitor. I don’t know how to fix that.

My first few experiences with IT in Samoa were surprisingly good. One of the computers in the lab had a loose video component on the motherboard. I admit, this was probably a simple hardware issue that took only a few seconds to fix once the tower’s shell was removed. But once again, outside my area of expertise, and it was nice that someone could fix the problem quickly.

So when they came to pick up the server after school on Friday, I had high hopes. They even called yesterday to get the password for the server since they got the machine to start. Cool. Done and done. Teaching’s been a bitch without the server, so I was giddy when they brought it back today; ready to kill the fatted calf. I turned it on and when to type in the password and the keyboard didn’t work. And then mouse didn’t work. In fact, no keyboard or mouse worked. The USB inputs weren’t functioning.

I called the IT place. “The USB ports aren’t working on the computer you just brought back.”

I’ve met the guy I’m talking to before. He sounds like my friend Andreas from college. He’s Hungarian. I’m not clear on how he ended up in Samoa. He replies, “Oh. We weren’t having that problem.”

“Okay,” I say, not sure how else to respond.

I guess some IT experiences are better than others.

I spent the rest of the day trying to resolve that issue.

And then… One of the unexpected perks of teaching computer studies here is I also get to be professional typist for the staff. How fun.

I spent 9.5 hours typing up math exams last week, and while I have heard a few thanks, I have heard far more complaints about little problems: typos here, a missing number there. I admit, it is a math test, and it’s important to be precise, but part of me still wants to tell them that if they aren’t happy with it, maybe they should have done it themselves.

And if that wasn’t bad enough, Microsoft Word is just a jerk sometimes. I copied the answer sheet I made for one of my tests into the Word file for another teacher’s test, and it keeps putting a couple answers at the top of column 2 rather than at the bottom of column 1. It’s not an issue of margins or font size. It’s just MS Word being evil.*

It was a lousy day computer-wise. And since I watch all my TV and listen to all my music and podcasts via my laptop, there’s no escaping the bastard machine tonight either. Oh well.

* = The problem turned out to be that MS Word automatically evens out columns when they don’t take up the whole page. So I was able to fix the problem by simply throwing in some carriage returns at the end of column 2. It took quite a while to figure that out though. It was stupid. 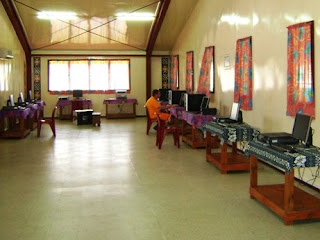 My computer lab and the guy who looks and sounds like Andreas. 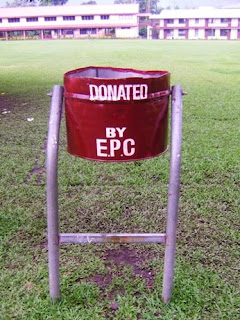 My school got trash cans! So exciting! It's very rare to see public trash cans in Samoa. 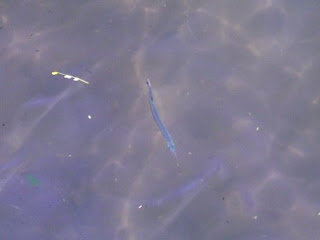 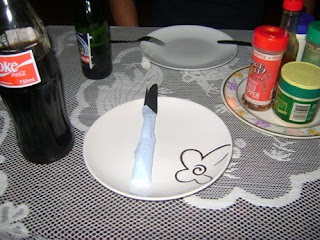 The most popular pizza place in town is now serving pizza on the same plates I eat on at my house. This means that a.) the people who own the pizza place shop at Nia Mall and b.) it's less of a treat to go to the pizza place because it feels like I'm eating at home. There's that lingering feeling that I might have to do dishes later.