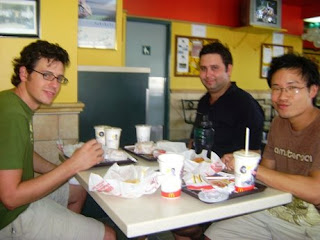 The first term of school is winding down as we head into the May break, and that means things are frantic as we try and pack everything in before we all leave for a month. I’m just as guilty of procrastinating as everyone else, although part of the problem is I was budgeting this cram time for my own stuff, and I hadn’t anticipated picking up so much extra work. I’ve been surprisingly functional for only getting 4 hours of sleep several nights this week. Here are some other odds and ends from the week.And on that note, I’m going to go back to typing up math tests since they’re due tomorrow. I hope you’re well. Pictures from the past week below. 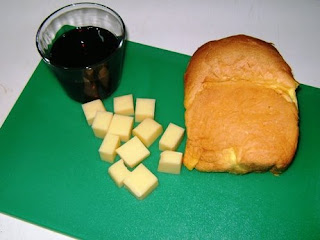 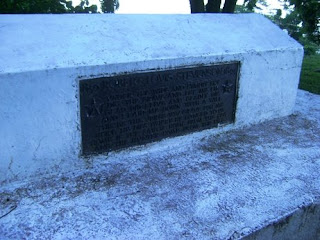 Robert Louis Stevenson's grave. He was only 44. 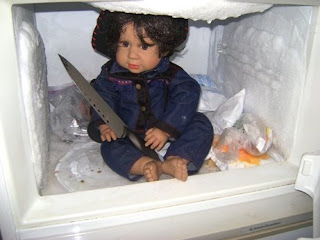 So this creepy doll was sitting around the Peace Corps office, and at one point Dan knocked it backwards and it fell off the bookshelf it was sitting on. So when Dan was on the computer, I grabbed the doll and sat it right behind him so when he turned around, there she was... staring. So then Dan put the doll in the freezer, knowing that Supy needed to retrieve the water bottle, upping the ante by adding the knife to the equation. It was funny. 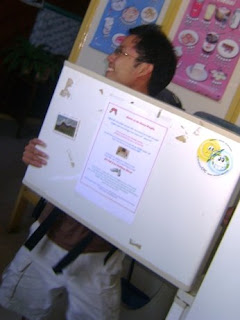 Hi Matt!
Thanks for writing such an in depth blog about your time in Samoa. No pressure or anything but please please keep it up. I know that whenever i start a new journal or something, my first entries are real detailed and then i crap out. there are a few notebooks around the place that ive begun as journals and then left neglected. I really enjoy reading yours and have done since a couple of weeks ago when i came across Peace Corp Volunteers' Samoa blogs randomly. So im all caught up and i check every couple of days.
So yeah, just letting you know you have a couple of fans/followers/devoted readers in New Zealand: me and my brother. We're NZ born Samoan and our grandparents live in Alafua but even though we like to think we're staunch, in comparison to real samoans we're actually kind of 'bourgeois'. we've been reading with interest your perspective on aspects of Samoa we normally take for granted (tatau, fa'afafine, to'onai), or have never done in our lives (bucket showers, ava ceremony, killing live animals for dinna)and... yep, just are pretty happy for you that you decided to leave your comfort zone and live in Samoa for two years.schweet. take care now :) oh and i might just randomly pop in comments on future entries every now and then ua iloa? :D