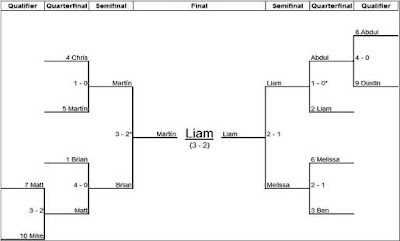 I heard a commentary on NPR once about how there’s no reason to delete email anymore, and when we die, our children and our children’s children will always be able to read our email and how strange that is when compared to history. For me, it’s my MyDocuments folder. I have stuff in there going back to freshman year of high school. Going through it is embarrassing and nostalgic and pack-rat-ish all at the same time. You never know when some of this stuff might come in handy though.

Early on in training, Dylan told us, “It’s too bad we couldn’t contact you guys before you left The States, because it would have been great if you guys could have brought some real life computer files—like from college or past jobs. They’d be great to use as examples.” Not to worry, I thought. I’ve got 12+ years of crap on my hard drive.

I had forgotten about this conversation until this afternoon when I sat down to insert some visual aids into the portion of the Computer Studies text book, which I volunteered to help write along with a committee of other volunteers.

I was working on the introduction to the Spreadsheet unit, and I was trying to brainstorm as many uses for Excel as I could, so I looked through my MyDocuments folder to see what I could find. And then I took a screenshot of the class schedule for the 12.4 class, because it seemed to take up space nicely.

It was an easy enough way to incorporate actual Excel stuff. And then I realized I had a plethora of material hiding in that folder. None of it is all that spectacular—we are talking about Excel files, so it’s not that exciting by any means—but like I said before, there’s nostalgia there. And it is kind of funny to put it in a textbook.

For example, during one span of my life at CNET, my cubicle-mate set up a dart board and organized a darts tournament. He was the social part of the organization, recruiting players, making sure games were being played, buying beers late in the afternoon on Fridays. I was more into administrative aspect, keeping score, updating tournament standings, keeping statistics. At one point, I convinced everyone that, since there was no round robin aspect to the tournament, we should devise a “Power Ranking” to determine rank within the tournament. Ridiculous and nerdy, yes. Even nerdier is I kept everything saved in an Excel spreadsheet. But what great fodder for Computer Studies students of Samoa! Hell, I could spend a whole week teaching my kids about the Power Ranking.

I also have a bunch sample internet advertising files I have from some CNET trainings. I can't promise it's interesting at all, but it shows a data trend, and then we can get into the nitty gritty...

See, the wonderful thing about internet advertising is there’s so much data you can get, you can micromanage the hell out of it. At CNET, I had one client who ran obsessive test after obsessive test, pitting two different ads against each other. This one with the blue font, this one with the red font. This one has the word “alike,” this one has the word “similar.” It’s bland as hell, but oh, the things you can show on a chart.

So I’ll throw it in. And maybe between lessons on spreadsheets, I can teach them the ins and outs of ad sales. How fun would that be?

I hope you’re finding hidden gems in your attic. Pictures below. 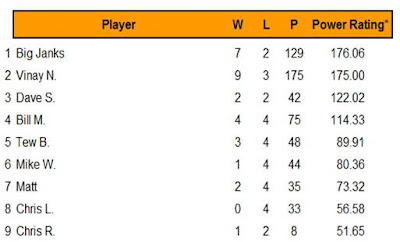 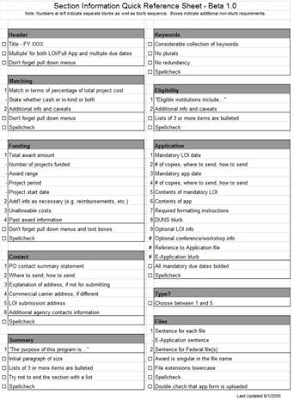 This was from another job I had since college. No formulas, but still good as an example. 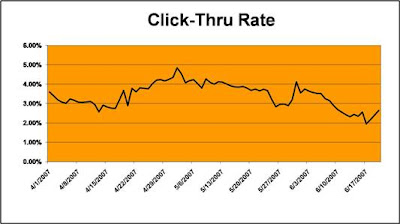 For those of you not familiar with internet advertising. This graph shows a monster click-thru rate.