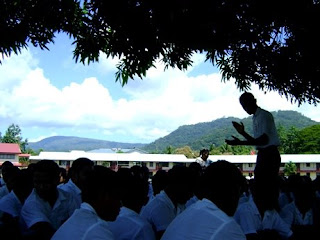 With Term 1 finals next week, this week has been mostly easy with nothing to do in class but review for the upcoming test. During my prep period today, I laid on the couch and turned on iTunes and thought about how if it wasn’t for this text book, I would have absolutely nothing to do. This textbook stuff has been looming all week. I’m about a third of the way done, even though I’ve had an entire month to work on the thing. Additionally, I wrote a holier-than-thou email about how my stuff would be ready by Saturday. So now that pressure’s really on. Here are some other thoughts from the week:I hope you’re turning your music up loud. Pictures below. 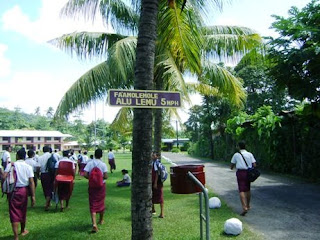 New sign on campus. Fa'amolemole alu lemu, please go slow. The speed limit is given in miles per hour. Interesting. 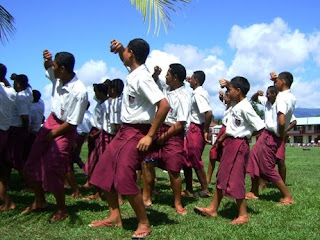 Boys practicing for culture day. I like this picture a lot. 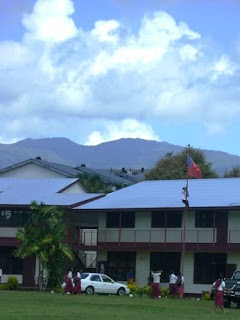 Every day when the flag is being raised or lowered, a whistle is blown and everyone outside freezes in place. Like an episode of "Out of this World". Today it was funny cause they blew the whistle and everyone froze, and then they realized the flag was tangled. So a kid climbed the flagpole in the same technique that kids use to climb coconut trees. It was awesome. 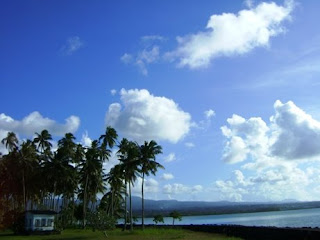 I took a walk along the seawall today. This was there. 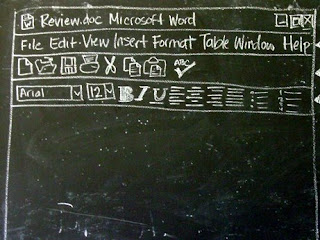 As computer teachers, we talk about the ins and outs of Microsoft Word often. I drew this on the 11.1 blackboard from memory. Perhaps it's not that special, but it still looks funny in chalk.

You did that from memory? Wowsers.