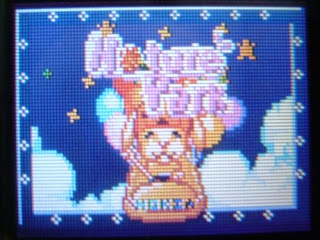 I had lofty aspirations for the reading I would do in the Peace Corps. My mom claims that if you don’t read Dostoyevsky before you’re 30, it’s never going to happen. I brought The Brother Karamazov. And I’ve always wanted to read Ulysses, but I feel like to get the full experience, it might be good to read The Odyssey again since I paid little attention when we read it freshman year of high school. And I’d eventually like to give One Hundred Years of Solitude another go-around after a failed attempt a couple years ago.

Aside from the fact that I’m a fickle reader, I am still skeptical that I will complete even half the reading list above because of Minesweeper and Nature Park. When I have down time, my brain tends not to crave books as much as mind-numbing stimulation from ultra-simple computer games.

Phone games were very popular during training because a.) people found them a good way to escape the less desirable parts of village life and b.) there was pretty good competition among Group 81 for high scores. Supy, Phil, and I had different phones than the rest of the group, so they were all obsessed with Snake while Supy and I one-upped each other at Nature Park for most of the village stay.

But this wasn’t a new thing for me. As my friends in San Francisco will attest, I’ve always been a phone-gamer. I was never taken by Playstation or Xbox or any other elaborate game system (after NES and Sega Genesis), but I would sit and play Pac-Man on my phone for hours. Or Tetris. Or whatever the Tetris-imposter iPhone app was called. So for me, phone games during the village stay was not an escape; rather, it was a little company in a normally lonely world.

It was awkward when people started to realize this. One afternoon in training during one of our breaks from the village, K8 came into my hotel room and found me lying on my bed tapping away at the keys on my phone. “Matt, we’re not in the village. Why are you Nature Parking?”

It’s not completely pitiful. I like to play while I watch TV or listen to music because I honestly think it helps me focus. Playing Nature Park occupies the distractible part of my brain and allows the part of my brain with the longer attention span to let the information in. It used to annoy my friends when I would Tetris during group outings, but it wasn’t because I was disinterested; I was usually listening intently while I played.

Or maybe that’s just what an addict says to justify his fix.

I guess it is an escape too. I can’t control my 11.3 class. And as much as I walk around every day correcting them, they insist on trying to hit the shift key and the letter they are trying to capitalize at the exact same time (“Hold the shift key, type the letter, let of the shift key!”). Or else they try and use the caps lock for all capitalization (Some have become frighteningly efficient at hitting the caps lock key, the letter, the caps lock key, and continuing with the sentence.). BUT, I do have control over the Minesweeper minefield. I do have mild success with lining up the colored bits in Nature Park. And I think this validates me as a human being.

But as for Dostoyevsky, I’m not sure he will elicit that same satisfaction.

I hope you’re getting your fix. Pictures below. 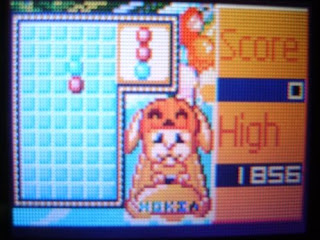 This is nature park. Somewhat of a cross between Tetris and Dr. Mario, the shapes fall from the top, and you can't rotate them, you can only rotate the colors of the pieces. They don't just come in linear pieces... They also come in ell shapes. Anyway, you get three in a row of the same color and they disappear. But there are rocks that don't disappear except when you hit them with one of the special pieces. It's no Tetris, but it passes the time. 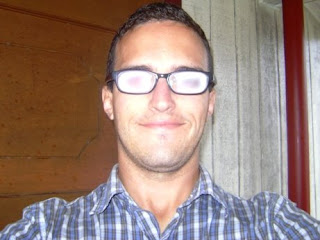 The air conditioning in my classroom makes it frigid and dry inside, so much so that walking outside makes the lenses of my glasses fog up. 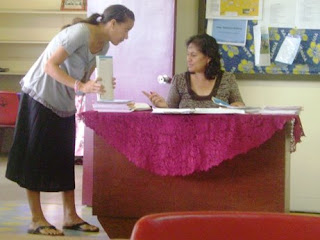 Sitting at the desk is the Director of Education for the Congregationalist Schools. That's our school secretary leaning over. 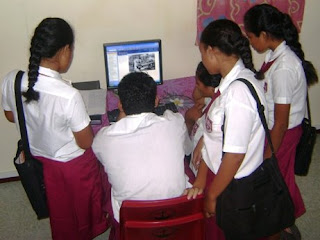 A bunch of the year 13s ditched the assembly we had 6th period today to read about World War II on Microsoft Encarta. It was weird. The best part was when the 5 of them all gathered around the computer like this. It looked so much like some cheesey brochure where a group of people crowd around a computer. 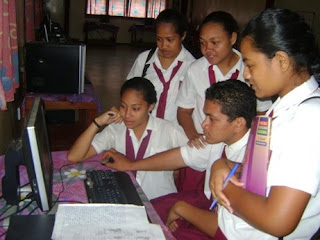 See? Can't you see this in promotional materials for the Peace Corps? Or eCivis? 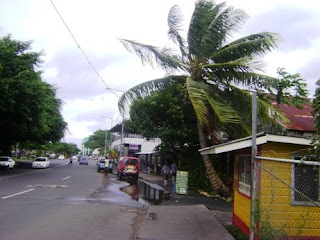 It was still overcast today. And windy. But not too much rain. 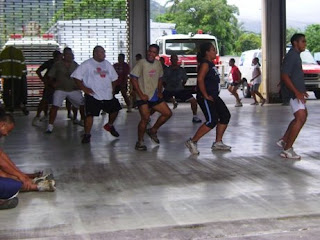 Some weird sort of Jazzercise was going down at the firehouse when I walked by. The guy in the middle is really into it. 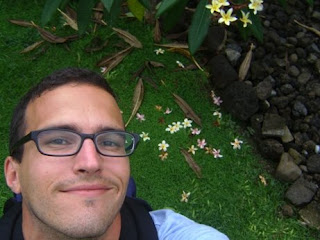 This tree is outside my front door. I really like the way the blossoms were all lying face up in the bed of grass below. So I took a picture.

This is confirmation that you are genetically linked to Annie Dulka. She is obsessed with phone games, most especially tetris which she mastered during mass at OLG. Also confirmation that you do not work for the YMCA. In a recent lunchtime conversation, Tim was shocked (horrified really) that most of our staff has never heard of Dostoyevsky. And several of them have college degrees. Scary. We miss you!

It is kind of interesting that you are allowing the opportunity to look into the brain of a young man of computer age with your blog. I never understood why you are all so fascinated with playing games for hours, they bore me after a few minutes...heck, I didn't even know my phone had games on it, nor did I care. My brain must be missing that lobe.
Nice to hear you tried reading "Cien anos de Soledad". I had to read that in my spanish lit class in Spanish around 33 years ago as a college freshman....can't remember one thing about it.
Sara's mom

OMG, I'm in China at the moment, teaching, and I have the same game on my phone. Haha, I play it all the time, its addicting!!! My high score is 322 (yes I just looked it up)