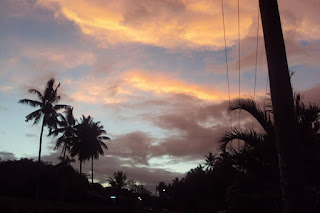 I’m tired. My days this past week have been wall-to-wall. Between waking up early to cook for the Tahitians or waking up early to go videotape on the south side of the island (I did that today, I’ll tell you about it tomorrow) or going to bed late for any number of reasons, I’m exhausted. But this might be a micro-manifestation of a bigger trend. Paul and I were talking last night about, whereas lots of group 81 has been rather bored for the last couple months, we’re moving into a phase where we’re simply worn out. Here are some other odds and ends from the week:
That’s all I got for this week. I should tell you now we have our Close of Service conference next week, and it’s unclear when/if I’ll have Internet access during that time. So I’m not sure what will happen to the blog on Tuesday, Wednesday, and Thursday. In any case, I hope you’re well. Pictures below. 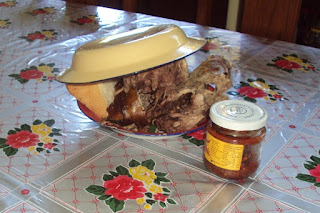 This bowl of pork was just sitting in the middle of the kitchen table in the Peace Corps office. Par for the course in this country. 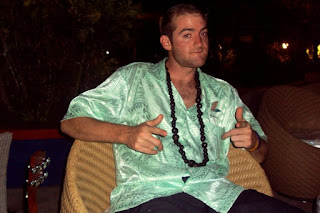 Trent left earlier this week. Cheers to you, Leni Styles.

Ok. Even though I know for a fact that Marisa Tomei is Italian, because you said she was coming to Samoa and everything about her name could be Samoan, I had to google her. Yep, she is still Italian. So why is she gonna be at the Teuila festival and what does she have to do with health?

there are nine of us in contact now!! Nancy is keeping track of us all on her blog!