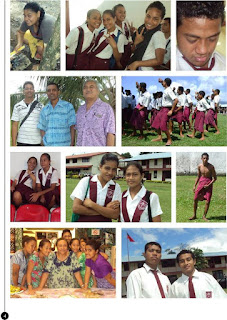 I didn’t do yearbook in high school. My senior year I was in the yearbook an awful lot, but I was never on the committee. In middle school I had friends who did it, and they were constantly pulling out Kodak disposable cameras to capture the moment. I was never that guy—until the blog. The blog is a hungry mistress; it may not be real journalism, but there’s certainly a demand for new content. So I learned early on to always carry my camera with me. So even though I never set out to make a school magazine, I luckily have a wealth of material at my disposal.

That said, the job is still slow-going. Part of the problem is I almost have too much to work with. At this point it appears I’ve taken over 10,000 photos in Samoa, which is approximately 35 gigabytes. Even when I take out the photos of Peace Corps events and host village visits, there are still a huge amount of photos of staff and students.

And they’re not organized at all beyond sheer chronology, and even then, it gets confusing because at certain points during my Peace Corps tenure for various reasons I’ve had 2 cameras in rotation at the same time. Also, chronology helps in finding pictures of particular events, but if I am looking for a memorable picture of the year 10 girls hanging outside the door to the computer lab, it could be anywhere. So I end up spending hours scrolling through thumbnails looking for a needle in a haystack.

Another yearbook skill I have yet to develop—and I think even seasoned yearbook-ers have a tough time with this—is varying the people in the layout. Some people have more prominent personalities than others, and they end up getting their picture taken more often. Some are just so darn photogenic, they take too many good pictures, and it’s difficult to leave them on the cutting room floor.

And then there’s the whole issue of how all the pictures come from my collection, which means there are stunning gaps in places (netball), and certain events have a rather homogenous feel to them. For example, a great majority of my pictures from last year’s Culture Day are of the Savai’i house. So there are a bunch of students in my pictures, but they make up only a quarter of the entire student body. When I took pictures at that event, it was less about encapsulating the entire event for collective posterity; it was about capturing my own experience.

But all in all, production is going well, albeit slowly. And the more I put the book together, the more I’m excited to take home my own copy. It will provide a nice bookend for my own time here, and it will be just the way I want it since I’m the one putting it together.

Mostly I want it to be finished. 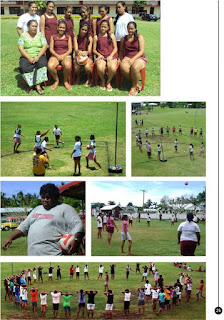 Page 25. Netball. This page is a little sketch. The white space at top right is because I don't know how to label the team pictured there; not in terms of student names, but I just don't know what division this team is. Or even how netball divisions work. Also, all the pictures on the page are from last year. Unclear on whether people will notice. 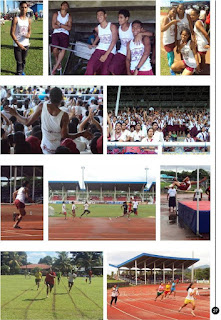 Page 27. Athletics. This page works for me. The one facing it will have an article. Supposedly. 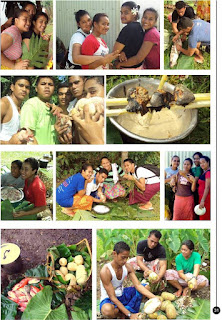 Page 31. Samoan IA. Article is also to be written. I'm happy with the way it came out though.

what a GREAT gift to leave your school in Samoa and just as great of a gift for yourself to take home! I would imagine that this is a very therapeutic process as well!

p.s. i LOVE the way you're presenting the page numbers!