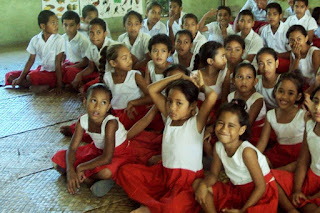 I’ve got new respect for the 82s. The Peace Corps office commission- ed Kaelin 82 to produce a video about co-teaching that can be shown to incoming PCVs and to primary schools where the new PCVs will work. Kaelin, in turn, employed me to head up videotaping and editing. So yesterday, along with language instructor Mafi and Peace Corps staff member Papu, the 4 of us visited 3 schools to get footage of primary school kids doing their thing, as well as interviews with teachers, principals, and volunteers. And I must say, I was impressed with what I saw.

Our first stop was at Jenny Uefa’s school. The plan was to tape the kids singing a song, and then to interview the principal and a few students. I’m used to my school, where we have over 30 people on staff, and more than 700 students. Though our campus is relatively compact, the amount of activity on school days is sprawling. Primary schools, on the other hand, tend to be tiny and intimate. Kyle 82’s school, has a staff of 4, and a student body of 85. I have nothing in my experience, as a teacher or as a student, to know what that’s like.

In any case, the small nature of the school means when a bunch of palagi visitors come rolling in with video cameras, it’s big news. Everything stops. So at Jenny Uefa’s, I setup the camera, and her kids sang a pretty good rendition of “We Are the World”. “We Are the World” was popular at my school even before the devastation in Haiti and the new version was released. So seeing a classroom full of Samoan kids singing it didn’t impress me. But then while we were interviewing the principal, the class started singing Bob Marley’s “Every Little Thing’s Gonna Be All Right”. Now that was something to warm the heart.

Next we were off to Corina’s school. Unbeknownst to me, Corina is quite the artist, and she’s spent much time decorating her classroom with amazingly stylized posters and activities. Her classroom could easily rival that of a good elementary school in The States. Phonics and vocabulary and grammar litter the walls to such a degree, I set up the camera to tape the interview, and then spent the rest of the time marveling. I took a lot of pictures. You can see them below.

Corina’s school fed us lunch. Apparently I made a good impression because I ate my fried fish with my hands rather than my fork.

Our last stop was Kaelin’s own school. Kaelin spent the day bragging about her kids’ English. “It’s certainly not because of my teaching,” she told me. “But when I got to my school, my kids just had amazing English.” And they did.

Keep up the good work, 82.
Note: Frequently readers know I try to stay away from using last names. Note Uefa is not Jenny’s last name, but rather, her Samoan name. Since there are 2 Jennys in group 82, we use their Samoan names, Sieni and Uefa, to identify them. Anonymity is intact. 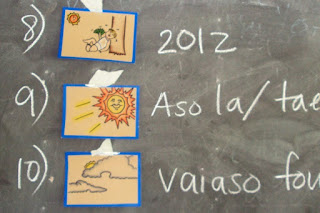 Flashcards taped to the chalkboard. 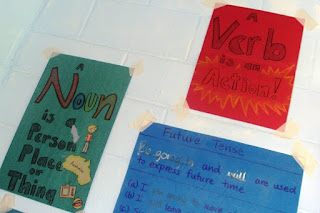 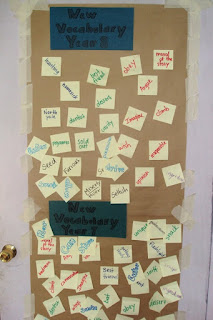 Vocabulary on the back of the door. 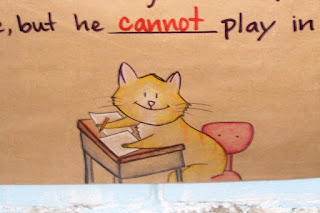 A cat writing a letter. Hey Corina, after the Peace Corps just go ahead and illustrate children's books. You're ready. 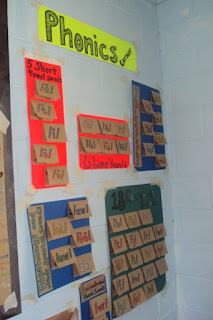 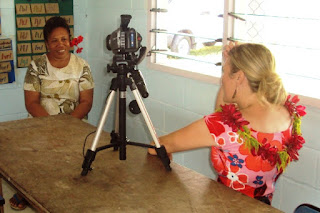 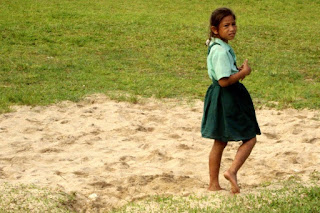 This girl scowled at me. So I took her picture. 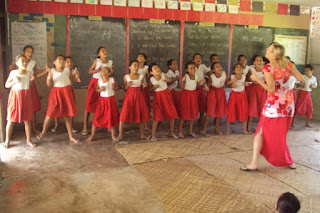 Kaelin doing a ridiculous dance with some of her students.

Labels: Out and About, Students