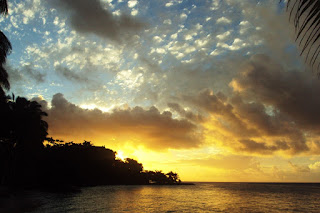 My year 12s are putting together PowerPoint present- ations, and my year 13s have been working on their desktop publishing assignment, so I’ve done very little teaching in either of those classes lately. It’s strange because I’ve been at school a lot more hours this week because of camp, but I actually feel like I’ve been teaching less. Maybe I’m just pacing myself to get through the day. Here are some other odds and ends from the week:
That’s all I got for tonight. I hope you’re well. Pictures below. 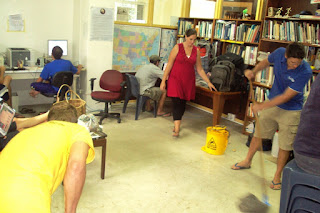 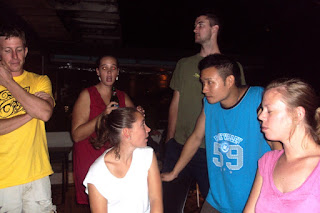 I took this picture while a bunch of us were out one night, and I realized that everyones shirts were all so colorful. It was like one of those TV shows where everyone clothes go together a little too well. 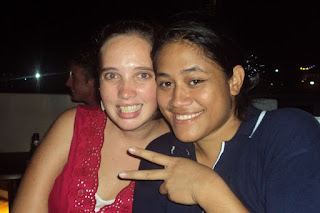 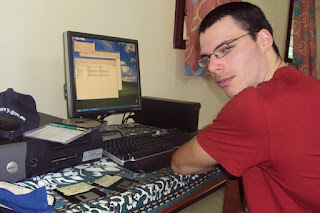 AJ tried to go all retro and turned in his common exam scores to the Ministry of Education on floppy disks. Somehow the data on the floppies got corrupted, and he had to have someone burn them off of his computer on Savai'i and bring them to Apia. Scowl indeed. 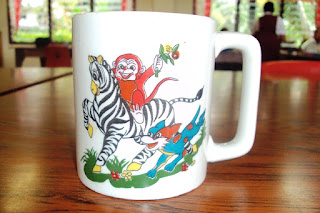 This mug is one of the ones in rotation at Interval. It freaks me out a little with its psychedelic tendencies. A monkey riding a zebra (see yesterday's post) with a split-headed fox(?) running next to it. Weird, dude. 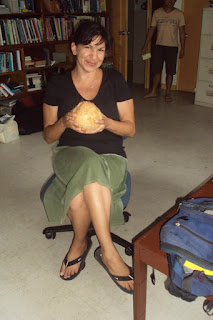 Leah 82 after I inadvertently pulled that chair out from under her. I honestly thought she heard me pulling it away, and I had been sitting in it before. But she just sat right down in the chair-less space. What a jerk am I.
Posted by Matthew at 8:00 PM

Since your cousin is attending Seattle U, a road trip might be fun. We also have a Southwest ticket you could use.

Where's the new PCV Resource room located in the office? Looks like it took over where the main office use to be.

As I am now in the habit of commenting upon your writing, I would like to point out that the Chris and Weezer remark could stand to be edited to make it a little more clear that Chris's marriage is a hypothetical. I had to go ask him if I'd somehow missed something!