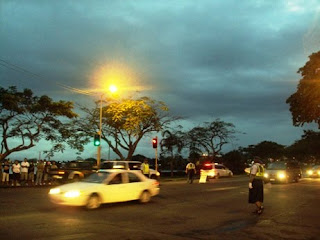 Since our school break was reduced after the Great Swine Flu Scare, we’ve had to pack two weeks of vacation into one. And since this week has been awfully weird on account of the Road Switch, it’s been difficult to relax. But today I’ve done nothing but sit around my house, watched a movie, and transferred files from my old external hard drive to the shiny new ones my sister brought. This last one is a bit like watching grass grow, but it’s vacation. I can watch grass grow until Monday. Here are some other odds and ends from the week:And that’s probably the end til tomorrow. I hope you’re well. Saturday’s Miss Samoa post was easily the most popular since I started the blog. And in order to give the people more of what they want, more Miss Samoa pictures below. 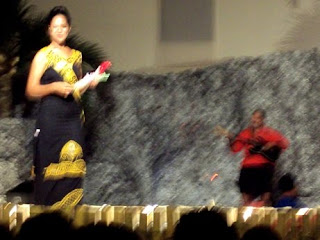 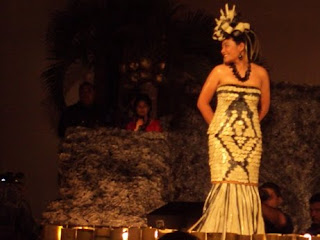 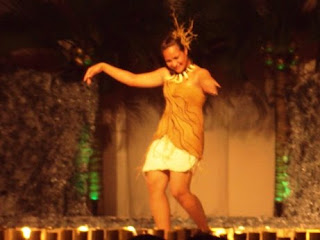 Unknown contestant (my apologies) in the traditional wear portion. 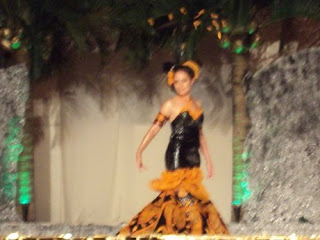 Miss Samoa Australia during the traditional wear portion. Her dress design won for this category. Apologies for the blurry photo. 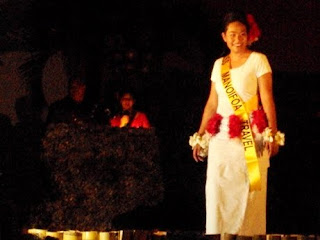 Miss Manoifoa Travel being introduced at the beginning of the evening.

I agree with you on Weeds season 4 losing its way, but season 5 is so much better making it must see TV again.

And keep posting pictures of the pretty ladies please.

Matt, thanks for blogging. :) It is a great read.

So, I was not expecting the cars and updated buildings posted in the pics for the road switch. Clearly, you are in a more modern area than I had thought. Nothing against the ladies, as they are beautiful, but I would like to see more pics of the buildings and sea/landscapes, if possible.
I will have to watch season 4 and try to catch up on Weeds.
Did you request Samoa when you voleed for the Peace Corps? Is it possible to request a location?

i Love wheetbix!! put some sugar on and it's great (brown)!! our Canadian news reported the switch too - it's how i found out about it!! A proud Samoan moment for me too...although, not long after was the tsunami...a sad Samoan moment for me...i'm getting anxious to read about it and wanting to skip ahead.

Weet-bix is real cereal hahaha I think I understand though because I used to loathe it as a child. I find eating it with a banana and plenty of milk makes it far more palatable these days.