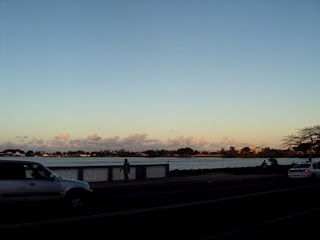 I was just told about 5 minutes ago camp is canceled next week. This is great news. I feel like I’ve had a rough time staying afloat the last two weeks. With having class late in the evening and waking up to teach at 8:00 a.m., there’s little time to relax and unwind AND plan the lesson for the next class. In fact, I’ve nearly given up lesson-planning because to think about computer theory for any more time during my day might make my head explode. Here are some other odds and ends from the week:That’s all I got for today. I hope you’re well. Pictures below. 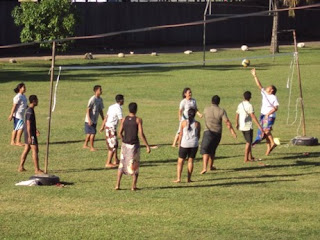 Camp was canceled from 4:00 to 5:00 today so the year 13s could play sports. These ones played volleyball and a bunch of the girls played rugby. 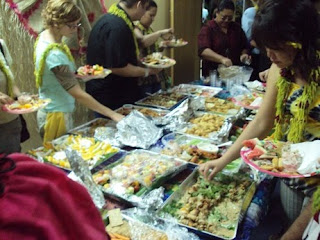 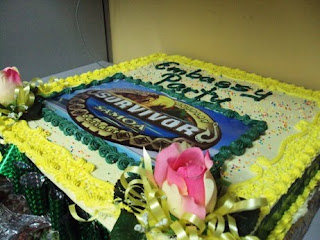 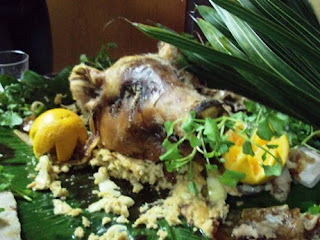 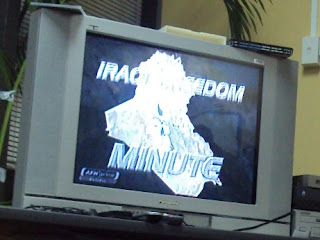 The episode we watched was recorded from the worldwide Air Force Network, which features a regular segment during commercial breaks entitled "Iraqi Freedom Minute." 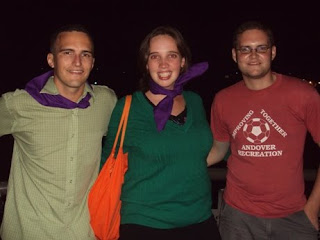 Me, Blakey, and Erik.

That spread looks pretty good. Roasted pig and trimmings. And you said wine! Who knows the Survivor staff well enough to get a logo for the cake? Sounds like a Super Bowl party. I take it that this is not going to be a weekly get-together. You're doing a lot better than the PCV who I heard about yesterday - he's in Zambia living in a mud hut 5 miles from the nearest phone.

I am not a pig head fan. Reminds me of Jeanne's wedding in Minnesota. Wait, I had a very fun time at the wedding. Just not a fan of the pig. It sounds like you are doing well! We miss you.