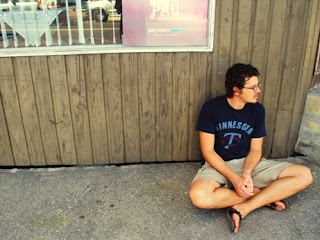 Things were supposed to be back to normal today, but it’s a little like going through the looking glass over the weekend and trying to make sense of the world on Monday morning: as much as things are back to normal, there’s a whole lot of new stuff to get used to. I’m also pretty sure I’m in a lot of sleep debt after getting up earlier than usual on 5 of the last 7 days. I’ve had several fits of extreme sleepiness in the past couple days, but I think I’m finally starting to come out of that too.

Supy and I planned to go to the island of Manono today. Manono is one of the two smaller islands that lies between Upolu and Savai’i. But bus travel was at a minimum today since most buses have not moved their doors to the left-hand side of the bus. For the most part, the only buses that were functioning today were the Queen Poto and Lady Analofa lines. While most buses are privately owned by the driver, each of these is a large fleet; they’re almost like conglomerations.

In any case, the plan was to meet at Jane’s Travel Agency where a number of us had business to take care of, after which we’d head out. But as the hopelessness of the bus situation became more apparent and the travel agent took increasingly long, plans for Manono were abandoned.

If getting to Manono seemed bleak, the much more standard trip to Savai’i wasn’t much more promising. Rumor had it ferries were running on normal schedule, but at points yesterday, there had only been 24 people on the boat. At noon Dan went to sit and wait for a pasiovaa, the bus that goes to the wharf, only to have none show up.

Paul, Supy, and I sat at the fish market eating awesome fish and chips and feeling slightly stranded. No buses to Manono. No buses to Savai’i. I was beginning to feel sleepy.

Paul wanted to shop for computer speakers, so after lunch we headed to the electronics store across from the Fugalei bus stop. Crossing the street, we had to avoid a pasiovaa. A pasiovaa! Paul got on the phone to Dan, who was close enough and the two made the bus. Standing around, Supy and I saw a bus for Manono. Supy was game to jump on. I was not. I had nothing packed. And no money. No, Supy. No.

Supy and I headed back to the Peace Corps office to spend the rest of the day sitting around. I took a nap for a couple hours. I figure we can make the trip back to Manono some other time when I’m not exhausted and the country has healed from the bus situation—after we’ve all recovered from the last couple days.

I hope you’re catching the Zs you need. Pictures below. 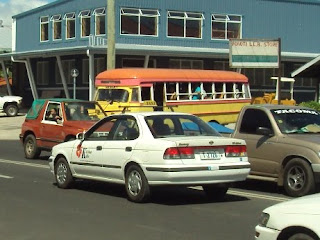 This bus has a door on the left. 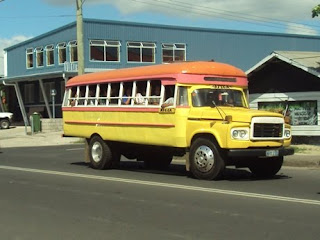 This bus has no door on the right. 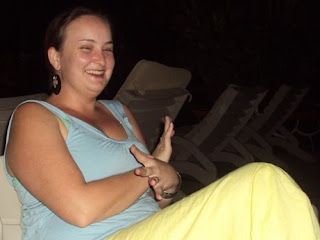 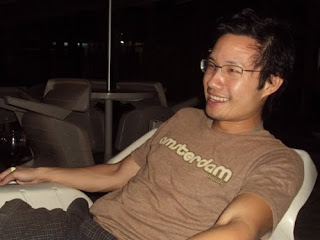 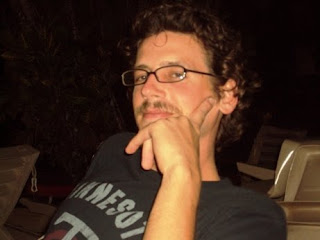 every time you mention fish & chips, i drool...they are AWESOME in New Zealand too! i miss them immensely!! do they call the fries "hot chips" there as well??