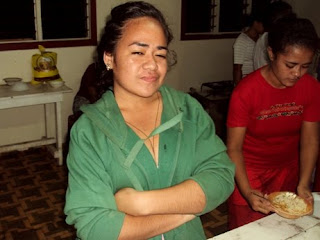 With this year 13 camp, there hasn’t been much of an easy transition into the swing of school. Two year 13s, Taua and Filifili, were hanging out in my room after school, and I asked if they were enjoying camp. The said it was fun, but they were really tired. True that! I’ve plunged into a deep pool of sleep debt. I figure I’ll try and swim my way out on Saturday morning. In the mean time, here are some other odds and ends from the week:That’s all I got for today. I hope you’re well. Pictures below. 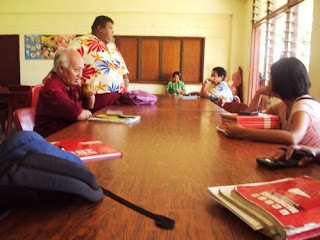 The scheduling meeting for the year 13 camp. 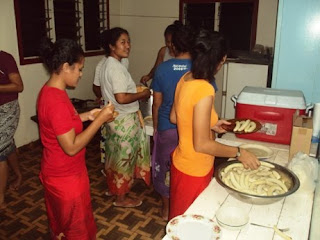 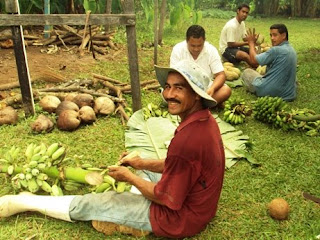 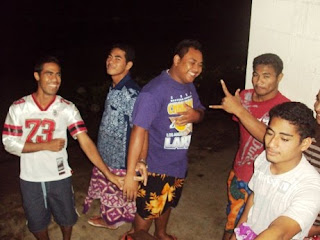 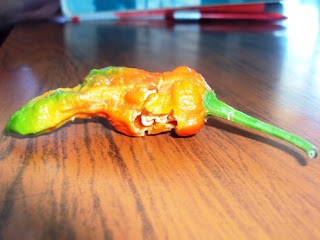 Apong brought this pepper from India. He claims it to be the spiciest pepper in the world, and I'm inclined to believe him. He showed it to me in a small Ziploc bag. He opened it and told me to take a whiff. Yeah. My nasal membranes had a little cry. When I asked to take a picture, he maneuvered the plastic bag so as to get it out (and scoop it back in afterwards) without letting it get near his fingers. I didn't get the name of the pepper. I'll look into it.

Love reading your blog. My husband and I returned from Samoa last week after 2 weeks taking in Teuila and the first week of the switch and we are having massive (Samoa) withdrawals. Reading your blog is prolonging our holiday memories especially as you live just down the road from where we stayed (Aggies). Love you entertaining writing style. Keep it up.

Who made the Otter Pop costume?!? Not me, I think it was you! It's still here in your room, but I think the felt and plastic would be a little uncomfortable in the Samoan heat and humidity.

Hey Matt. Just wanted to say that I thoroughly enjoy reading your blog. I was also in Samoa for the latter end of the teuila festival & witnessed the road switch and the Miss Samoa pageant amongst other things. Your experiences in Samoa & insight into the culture is amazing and I truly do envy you for residing in such a beautiful place. Love your work and the photos!

Hope Samoa is treating you well.

That pepper from India? Looks like the custom people at Faleolo screwed up. People are not supposed to bring those things in to Samoa. Can you see those stupid things growing all over the country......and it looks retarded!!!