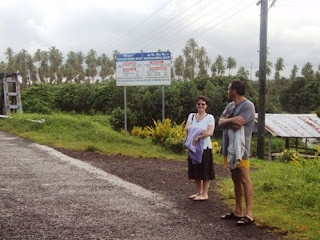 The more I come to Savai’i the more I realize how little I understand it. The first time I came was in December, then once in January, once in February, once a week and a half and ago, and this time with my parents. I’ve lived in Samoa for 7 months and some change, and I’ve spent less than 2 weeks of that time on The Big Island. And even though it’s not too far from Upolu and everyone still speaks Samoan, it is a wholly different beast.

Savai’i is the largest island in the Samoan archipelago. It is more rural than Upolu where the capital is. It has its share of tourist attractions: a couple waterfalls, blowholes, the western-most point in the world, resorts, snorkeling, etc. It has cool Peace Corps volunteers like Phil and Trent and Rosie and Max. And much of it feels the same as Upolu. But I feel like there’s a different mindset here that’s difficult to pinpoint.

The best equivalent I can think of is an Indian reservation in The States. Everybody there knows everybody there and it’s a bit cut-off from the rest of the world and things happen in certain ways they may not in other places. And people who aren’t native to the reservation are a bit baffled if they only come occasionally.

Perhaps Upolu is just more used to having palagis around. I’m told that ferrying between the islands used to take much longer and the current system of ferry boats (provided by the Japanese) that go back and forth up to 6 times daily is relatively new. I don’t mean to imply Savai’i is newly open to the world, but its relative isolation is still palpable.

Our taxi driver was late picking us up this afternoon. In training we talked quite a bit about how Samoa is a polychronic society; that is, a society that works on multiple people’s schedules and people don’t necessarily feel they need to conform to one specific clock. And I’m late to things all the time, and if I’m late by 10 or 15 minutes, I am unapologetic. But our taxi driver today was 50 minutes late picking us up. And it was raining. And we were soaking when he finally pulled up. And there was no apology.

That would not fly in Apia.

My dad has been asking around about fishing hooks. It’s an island. There are places to fish. And granted people tend to fish with nets or spears here, but it is surprisingly difficult to find fishing equipment of any kind. It’s the kind of problem that almost surely has a logical answer for the people who live here. Fishing equipment is one of those things that your family has always had and why should a store need to sell a product that everybody already owns?

This isn’t all a big diatribe to say that Savai’ins need to be more punctual or that they should make it easier for tourists to take their fish, I’m just saying there’s a different mindset here that I don’t completely understand. I live in a much different part of Samoa; I live in a part of Samoa that has adopted customs that make it much more similar to the places I grew up. And as long as I’ve lived in Samoa, I am still baffled by Savai’i. 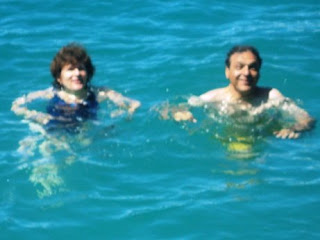 My parents in the lagoon. 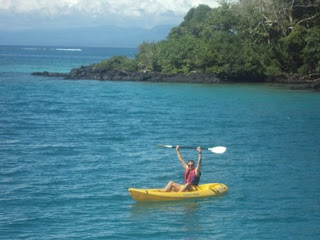 My dad in a kayak. 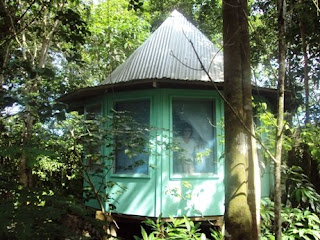 The honeymoon suite... our treehouse. 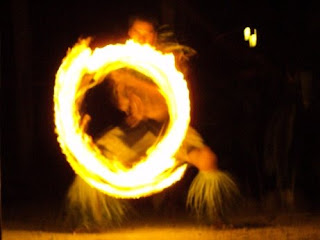 Savaii is like a parallel universe away from metro and most of Upolu. Everything look and sound familliar but not quite same. Best viewed this way to minimise frustrations for the little big things. And the whole Polychronic thing is bullshit, endearing in the beggining then annoying before acceptance finally kicks in.

Dad looks so happy in Samoa. I think he belongs there. I love all these pictures!!

That's my cousin Lusia's place in Salelologa. Did you see the laumei in the little pool?