Sheep Pelts in the Produce Aisle 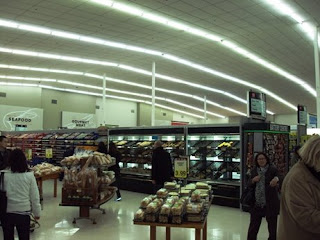 It’s no coincidence that the first Cultural Exploration I did back in January was about grocery shopping. I think the most interesting cultural differences are the small ones that affect every day life, and what could be more menial than a trip to the grocery store? A trip to the grocery store here in New Zealand provided just as much insight into the differences and similarities between Americans, Samoans and Kiwis.

After we finished brunch yesterday, the concierge at the Sky Tower Hotel pointed us in the direction of New World Market, a supermarket within 10 minutes’ walking distance from the Sky Tower building. Walking in the doors, the first thing we noticed was how crowded the place was. Luisa surmised that it was the Sunday night crowd preparing for the week. Made sense to me.

After the security debacle at the airport, I needed toothpaste and shaving cream, so before working out what to have for dinner, I headed to the toiletries aisle. When it comes to toothpaste, Samoan stores seem to carry every single permutation of Colgate: Colgate Total, Colgate Propolis, Colgate Whitening, Colgate Carbonara, Colgate with Splenda, etc. There was no such variety here in Auckland, so I opted for the cheapest, which was actually Colgate. So there you go.

Since Samoa lies within New Zealand’s sphere of influence, they get a lot of their grocery foods wholesale from New Zealand. I spent much of my time in the store going, “Oh. We have this in Apia. This too. Oh, and these!” Luisa was a sport about giving consolation nods, but eventually I think she was ready for me to shut up. But so much is the same! Pam’s is the common generic brand. C.C.’s brand corn chips. The huge white canisters of salt, similar to Morton’s, but different.

I made it a point to seek out some Vailima, Samoa’s one and only beer (and with very few exceptions, the only beer available in Samoa), but I was unable to find it. Disappointing.

It was exciting to walk through the produce section though. Grocery stores in Apia have come a long way, even in the time since group 81 arrived, but none has a real produce section to speak of still.

In Apia, there’s an upscale pizza place just up the hill from where I live, Giordano’s, and many of their pizzas contain capsicum. I have no idea what capsicum is nor do the rest of my Peace Corps brethren, so it comes up nearly every time we go there, and we all make jokes and speculate about what we think it is. But lo and behold, I walked by the bell peppers in the grocery store, and saw the sign, “Green Capsicum – 69 cents.” Aha!

We ended up picking up some pumpkin gnocchi from the fresh pasta section, and an aisle over, we found a can of tomato and red capsicum spaghetti sauce. Done and done.

There was one hiccup during checkout when we rang up the bottle of New Zealand Cabernet Sauvignon in the self-checkout lane. The attendant walked over and asked me for ID. I’d left my passport in the hotel safe, so I volunteered my California driver’s license. She couldn’t accept it, so I offered my Peace Corps ID. She took a longer time to look at that, but wouldn’t accept that either. While Luisa fished her passport out of her wallet, the girl says to me, “Yeah, sorry I can’t accept it, but my birthday is 2 days after yours.” My birthday is February 8, so I said, “Oh, yours is the 10th?” And she goes, “No. Mine is the 4th.” See, she saw 2/8, which in America denotes February 8, she interpreted it the New Zealand way: August 2. By then Luisa had found her passport, and I figured I’d just roll with my new August 2 birthday. Why not?

In any case, the grocery store was educational. 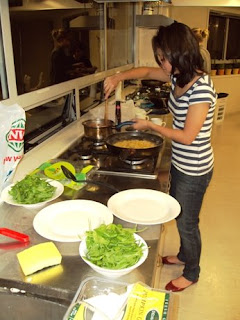 Cooking at the hostel. 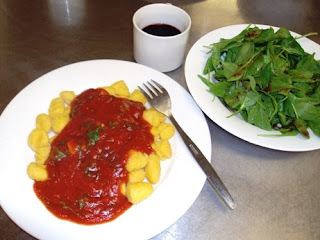 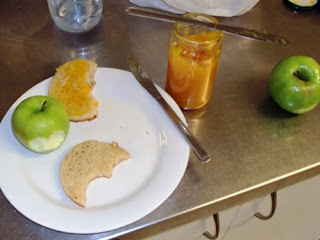 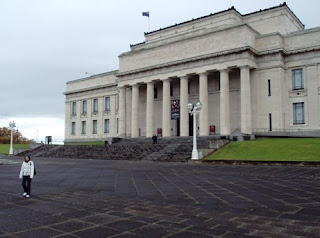 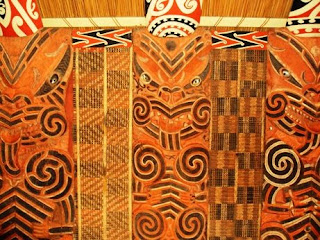 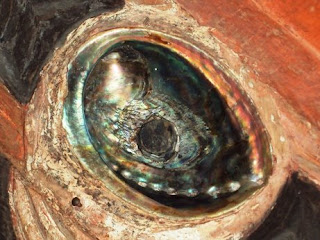 An abalone shell used as an eye. 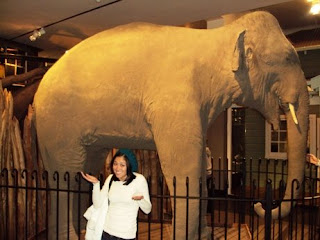 Luisa attempting to avoid the elephant in the room.

try getting a hangi meal while in NZ and compare it to a umu back from the village.

Luisa looks so cute!! I'm happy to see you guys together!! Have fuuuuuun.

i am still confused about the birthday thing. 2/8? I thought it was 3/12? AND New Zealand looks fun!

I knew that capsicum were green peppers, you should have asked. mom mentioned she ran into you at the Auckland museum. It is a small, small world

we LOOOVE that museum!! go back one day when you have kids...even funner!! ;)