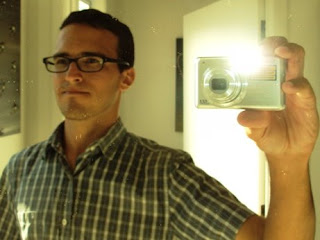 All week I’ve been contemplating what to do with the next 48 hours; that is, the plan was always for Luisa to fly out this evening, but I don’t fly out until Tuesday night (errr… Monday night for those of you behind the International Dateline). I’ve mulled a lot of things over in my head: I could do more tourist things, I could do something EXTREME!, I could spend the evening in the bar making friends with the Kiwis.

Luisa’s flight was around 7 p.m. this evening, so the first decision I had to make was what do about dinner. Since I’m back at hostel now, I thought about going back to the grocery store and making a meal for myself. But I figure I’ll be doing plenty of that back in Apia, so I nixed that plan. But where to go for dinner then? After last night’s Mexican food, there seemed only one clear cuisine for tonight: Mexican food.

I went to a different place tonight, one creatively named Mexican Café. This one is across the street from the Sky Tower. It has a big sign reading “Mexican Food” prominently displayed on its roof, so when you look down from the tower, you think about burritos. Whereas last night’s Eat Mex was somewhere around the equivalent of a Baja Fresh, Mexican Café is more like a Chevy’s. So I guess there’s some variety.

Anyway, over my chicken chimichaunga and second Dos Equis in as many nights, I got to thinking about what to do tomorrow, and without warning, a wave of American consumerism came over me. I felt the urge to spend tomorrow wallowing in modernity and technology and fast food and all of the other things that are not readily accessible in Samoa.

So once I finished my meal, I headed over to the Borders on Queens Street (The more Kiwi-esque Whitcoulls closed at 6 p.m. tonight. Oh well.). If there’s anything that exemplifies non-Samoan, it’s “Angels and Demons” by Dan Brown. I was totally embarrassed to be the American who came to the conglomerate bookstore to not only seek out a trashy novel, but an old trashy novel about which my interest is only piqued because they’ve recently made it into a trashy movie. I tried to avoid eye contact.

My next move, before I caught the bus to come back to my hostel, was a stop at Dunkin’ Donuts for dessert. I’d much prefer the classic American donut (old-fashioned, devil’s food cake with sprinkles, apple fritters, etc.) to the mass-marketed donuts of Dunkin’ Donuts and Krispy Kreme, but I guess beggars can’t be choosers. I ordered a French Kruller. The more exciting part of the transaction was the “Classic DD Coffee.” Yes, Dunkin’ Donuts is known for their coffee, but more than that, it’s the first time I’ve been able to find standard American drip coffee. At Starbucks and Esquires (the local chain), they get really confused if you try and order regular filtered coffee. But Dunkin’ Donuts knew what I was talking about.

So what other technological wallowing is on the agenda? This new hostel offers 24 hours of unlimited wireless internet for $10, so I think I might spend a sizeable chunk of tomorrow on YouTube. I might also go and see a movie. Probably some more Mexican food (I know of one more Mexican place up on Ponsonby). Oooh! And maybe a meal at Pizza Hut. I need to get a Sharpie, and I want to see if I can find any print cartridges for the printer in my computer lab. And I will almost certainly spend an hour in Starbucks sitting around.

Note: I wrote this post before I read the comment about the Samoan Independence Day festival in south Auckland. It sounds fun, but I'm not sure I'll make it. We'll see.

I’m soaking it up while I can. I hope you are too. One picture below. 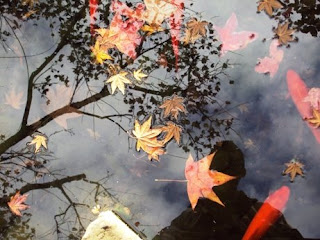 My reflection in the koi pond at the zoo.
Posted by Matthew at 10:15 PM

That photo is beautiful! I would have that on my wall it is so nice. Besides being a good writer, I think you have an eye for good photo shots.

p.s. i still can't get over the fact that you like Mexican food so much but you can still eat at Taco Bell...i just may be offended again! i hope you went to South Auckland! My fam. would have been there for sure!! :)