Get a Little Conversation 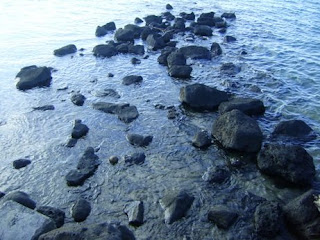 With the students cleaning and practicing for Culture Day, there’s been little for me to do. I’ve ducked out a couple of times to go take a nap in the computer lab or to pack my bag so I can hurry into town as soon as the school day ends, but whenever that happens, I get a silent but palpable disdain from some of the other teachers, so I find it best to stand around watching students do menial tasks for hours on end. Occasionally something happens that warrants my curiosity, but mostly it’s me standing around. And usually when I’m just standing around, someone will notice and come to chat with me.

I appreciate this gesture. I can spend hours silently watching boys rake grass, but I prefer not to, and conversation seems like as good a pastime as any. I’ve made enough friends around campus, and I generally enjoy the company of the people who approach me to chat. Filifili, one of the year 13s who is not in my class, often leaves his duties to come and talk. Apong, the only other non-Samoan on staff currently, is often as clueless as I am as to what’s going on, and he and I chat. And there are many other teachers and students who engage me in conversation during the day.

After a while though, the language barrier and cultural barrier start to get in the way, and it becomes difficult to carry on for too long. Did you ever have that feeling in a Spanish class where communicating something was a puzzle somewhat akin to stepping on rocks to cross a river—rather than finding a straight path to the other time, you can only see one or two steps in front of you. I think of a sentence I want to say in English, and I know no direct Samoan translation, but if I find enough loose synonyms, maybe I can get the other person to understand me. Much of my day is spent looking for ways across the river.

It might seem like this would be great practice for learning the language; that learning a language is just crossing a river so many times you start to memorize where all the rocks are. Perhaps this is true, but it’s a painfully slow process; slow enough it doesn’t feel like the progress train is moving.

More often than a search for the right word is a search for the right topic. It’s similar to the way you have to scan your brain to think of things to say to a co-worker whose food will be in the microwave for 3 more minutes, and the two of you don’t too much in common, but it would be inappropriate to leave the kitchen because they’ve already seen your Tupperware full of spaghetti. Yeah, it’s like that, except in addition to finding topics that might spur 3 minutes of conversation, you also have to find topics that you can communicate in Samoan or that the person will understand in English.

Topics that fit this bill get burned up fast. What’s up? How’s your day? How’s the weather treating you? Do you like the dance? Where did you go yesterday?

This is the reason I am asked seemingly bizarre questions on a daily basis: Do you like your house? Is this the first time you’ve been to Samoa? Where’s your girl?

Indeed, the difficulty of conversation is what makes “Where’s your girl?” conversation gold. It’s so universal. And there are so many ways you can go with it. And it never gets old. Oh wait. Yes it does.

Usually the conversation loses steam after a bit when both me and the other person runs out of ideas for conversation. Or sometimes another Samoan walks up and they talk to each other, and I hang on for a while trying to decipher, but eventually I zone out, coming in and out of consciousness. And then the bell rings. 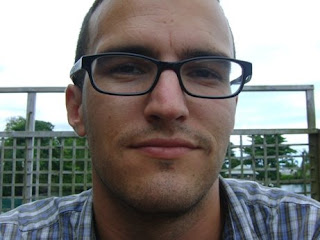 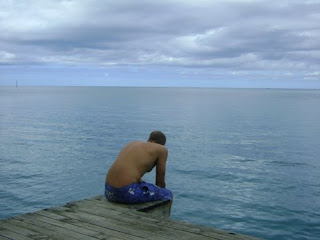 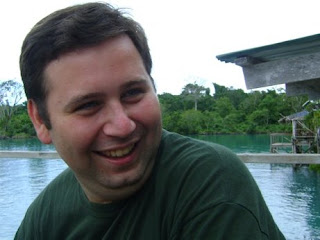 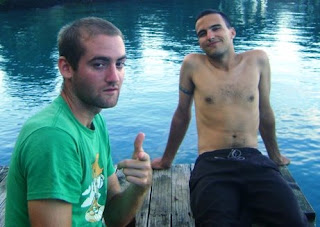 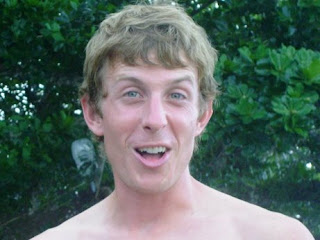 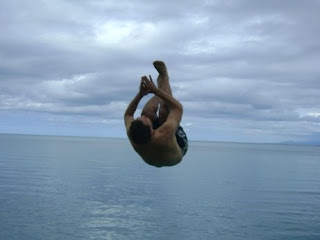 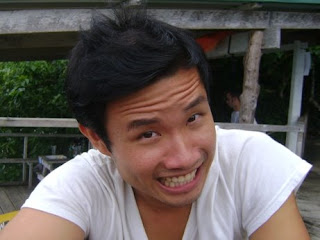 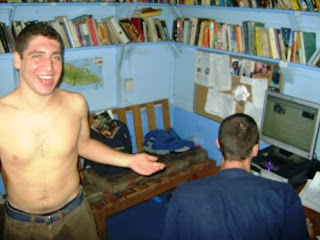 Max joyful over adding to a Wikipedia article. Phil reading the article in awe.

Note: Yes, there were girls there.
Posted by Matthew at 8:28 PM

is anyone doing the fire knife dance for culture day? or is it all sans fire?