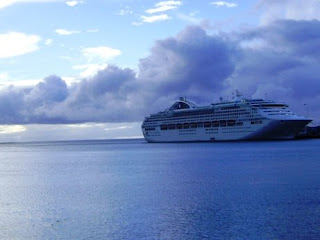 Did you like how I took the day off yesterday under the guise of “bringing in other voices”? Pretty clever on my part, if I do say so myself. I’ve highlighted some of the ways Samoa feels different travelling around with my parents, but one over-arching difference is I haven’t spent this much time in the company of other people in a long time. The great majority of my time here is spent all by myself, and it’s taken my psyche a couple days to adjust to not being alone all the time. Here are some other odds and ends from the week:That’s all I got! I hope you are carrying your own Tamiflu equivalent! Pictures below. 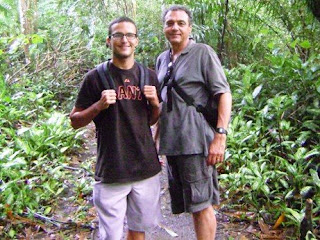 My dad and me getting ready to hike up the mountain to Robert Louis Stevenson's grave. 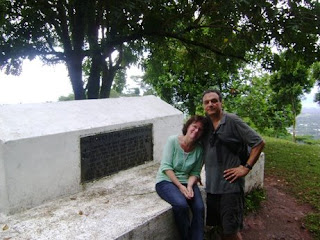 Patty and Joe at RLS's grave. 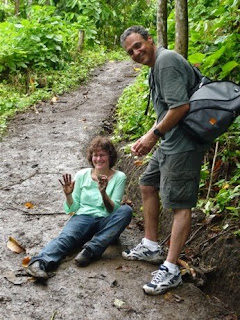 Patty and Joe taking a rest while hiking down from RLS's grave. 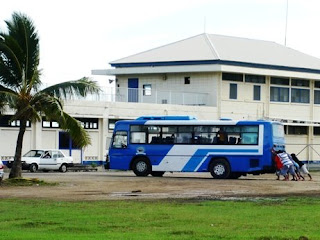 My dad took this picture on Monday of a bunch of soles pushing a bus to get it started. They actually succeeded shortly after this picture was taken.

i'm trying to make the "comments section" less "scant"! even though i'm a year behind, i understand you still get the comments...so....LOVE your parents visit! It's really fascinating to see how adjusted you have become to Samoa as you host them! It's also lovely to see such a close family that adores each other! ;)