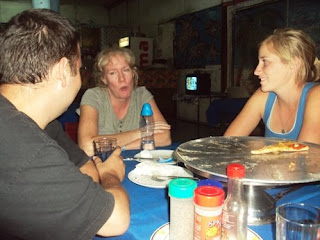 In nearly every Peace Corps interaction I’ve had in the last 2 weeks, someone has chimed in to make sure everyone in earshot has submitted their Volunteer Living Allowance Survey. This survey is how the Peace Corps gauges the proper amount volunteers should receive monthly. The monthly allowance has been a controversial topic among volunteers, particularly at VAC meetings, and people are getting snappy about each other to make sure the form gets turned in. At the core of the issue is the Country Director is allowed to raise the monthly living allowance more than 10% only if at least 75% of the in-country volunteers submit their Volunteer Allowance Survey.

I have been pretty open about the fact that I don’t spend the full allowance every month, and that I brought the volunteer average down when I submitted my form. I live in Apia, I rarely need to pay for transportation, and I’m relatively small compared to some of the other volunteers here (I’m not insinuating people are fat; I’m just saying Paul, Phil, AJ, Dan, and Jordan are each over 6’ tall, and need more food than I do.).

One of the bigger discrepancies in how much money a volunteer uses each month comes out of one’s job. Many of the village-based development volunteers (i.e. groups 78 and 80) live with host families, so they give their family somewhere around $200 WST per month and that takes care of meals and laundry. Almost all teachers (i.e. groups 79 and 81) live alone and have to budget groceries, laundry detergent, toilet paper, etc.

Beyond the Peace Corps though, Samoa has undergone quite a bit of inflation in the past year. Through the Peace Corps rumor mill echo chamber, I heard average annual inflation in Samoa is usually between 1 and 3%, but this past year it was estimated to be somewhere around 13%. The price of the ferry has gone from $8 to $12. Admission to Magik Cinema, the only movie theatre in the country, has gone from $6 to $8. I’ve also heard the price of popcorn has gone up, but who has money to pay for popcorn?

The most annoying one for me is the price of landline phone calls increased from $0.01 per minute to $0.02 per minute. Yes. It’s just one more penny per minute. But that’s a 100% increase, and when you aggregate that over a month, it means going from, say, a $30 bill to a $60 bill. That's lousy.

On Sunday I posted a picture of the guys from group 67, and they were saying during their service the monthly allowance was only $75 less than the current rate. That was 8 years ago. So maybe it’s time for a little bump.

The Peace Corps walks a fine line though. The goal is to pay volunteers a stipend that will allow them to maintain the same standard of living as the people in the community where they live. Paying volunteers too much money undercuts efforts to connect with host country nationals, and it would be weird if teachers at my school found out I was making more money than they are… which I’m not.

I’m pretty sure that my monthly wage is just about the same as the teachers at my school. Although I think they got a raise after the fonotele in May. So maybe it is time for the Peace Corps to step it up.

I hope you’re weathering the economy. We’re coming out of the Great Recession now, right? Pictures below. 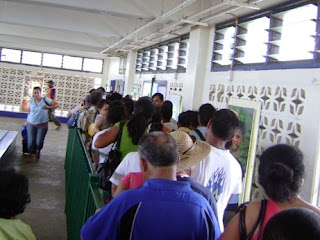 People lined up for the ferry. The ferry's price has jumped twice over the past year. 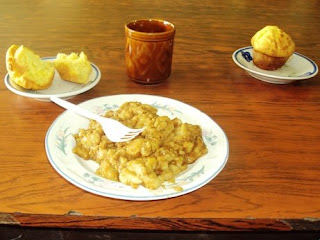 One other reason I spend less is I get a muffin and tea every day. And occasionally more. I apologize profusely, but I don't know the dish seen here. It's kind of kokoesi, but different. 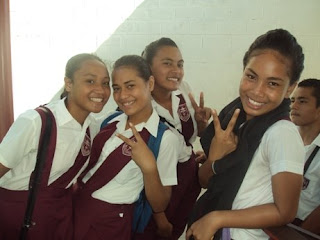 These girls from the 10.1 class hang out outside my room often.

Ohhh I hope you haven't skewed the curve too much with your expense report findings. You live in Samoa that long now and you still havent figured to pad your numbers, auoi! Maybe Matt can play a bigger role in the economy and buy more stuff for himself, friend Faafili and village family. If it helps to get you guys more living allowance to enjoy working in Samoa better. (no one in Samoa will begrudge PCVs that)