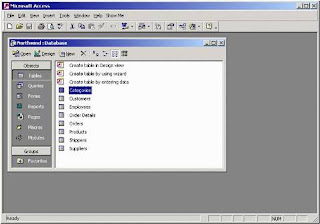 The Wikipedia “Microsoft Access” article has a disclaimer at the top that reads, “The neutrality of this article is disputed.” And then at the end of the first section, which claims Microsoft Access “is the natural progression for managing data when the need for a relational database arises or after reaching the limits of Microsoft Excel,” there is a footnote calling that statement dubious. Dubious, indeed. I’ve was recently asked by a Peace Corps staff member, and I have decided that I hate Microsoft Access.

The database I would like to build would have a simple user interface that would allow a user to load a form with any information previously entered, allow the user to add new information or to edit the old stuff, and then save that information to the database; maybe some checkable boxes, maybe some drop-down menus—nothing too fancy.

Given the relative user-friendliness of Microsoft Office, and since Access is apparently the “natural progression for managing data” from Excel, one would think it would be easy enough to make the jump. It is not.

In terms of curriculum here at school, we break down some of the most basic differences between Excel and Access: in Excel, they’re called “rows” and “columns”, in Access they’re called “records” and “fields”; “in Access, text is “text” and a number is a “number”, in Excel text is a “label” and a number is a “value”. But once you get past basic semantics, the differences between the two become far vaster.

Excel and Access have very little in common, in fact. Data is entered differently, it is stored differently, and it is accessed differently. I understand that it’s a different program, and that encountering new software always involves a learning curve, but it’s ridiculous that Access has been a part of the Microsoft Office Suite for 16 years and it’s so unlike the other programs.

For example, if you open Word or Excel or PowerPoint or Publisher or even FrontPage (back in the day), each has a “Drawing” toolbar that allows you to create shapes and lines and text boxes. And the objects all act the same (e.g. when you hold down the shift key and move a corner handle, the object’s dimensions stay the same. When you hold down the control key and move the object, it automatically creates a copy of the object to the place you move it.). Access doesn’t conform to these rules. Even in the “Form Design View” which is not unsimilar to the Drawing toolbar interface, things don’t act the same.

I haven’t brought up differences in data management because I am completely baffled as to how Access manages data. I haven’t been able to figure out how to get the check box options to show up correctly on the form, let alone for the form to feed the checked data back to a new database.

I guess my biggest complaint is that Microsoft Access is incredibly un-user friendly, and by no means the natural next step after Microsoft Excel. It makes me feel stupid. And no one likes that.

School’s been canceled for the rest of the week. Maybe I can use this time to figure it out.

Apologies for whining and nerding out. Pictures below. 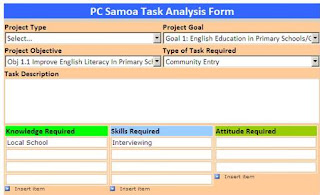 The ideal form I am looking to create. 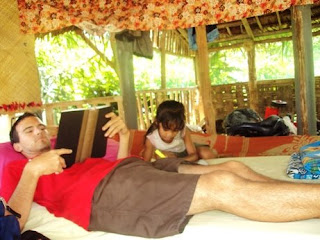 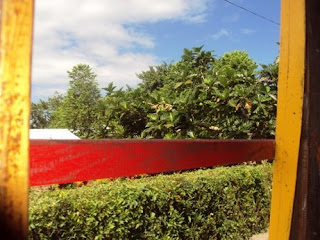 Looking out the window on the bus. 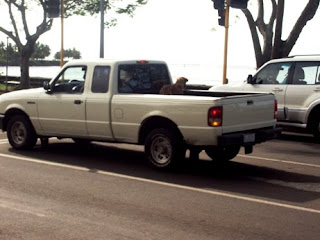 At the intersection before this, the dog leapt out of the back of the truck. He then ran behind the truck barking at the top of his lungs. The driver pulled over and opened the tailgate. The dog jumped back in. The driver got back in his truck. Done and done.

If you have trouble with Access, as savvy about computers as you are, then there is no hope for the rest of us.