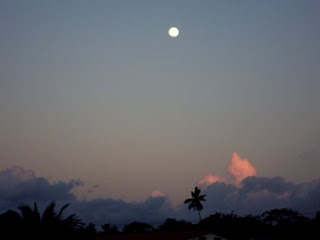 In the northern hemisphere, my Julys were marked with heat and malaise, and it turns out July in the equatorial southern hemisphere isn’t all that different. We’re just about to finish up the first half of Term 2, and though I’m weeks behind in my year 13 class, things are still pretty mellow. School was cancelled yesterday on account of the athletics meet, and we ended at noon today because of the PSSC Verification visit. Here are some other odds and ends from the last 2 weeks:That’s all I got. I hope you’re well. Pictures below. 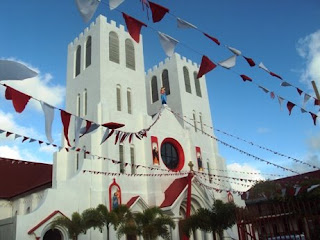 The Divine Mercy conference is going on at the Cathedral right now, so they repainted the edifice and there's all kinds of flags outside. Someone joked that it looks like they've been sponsored by Digicel. 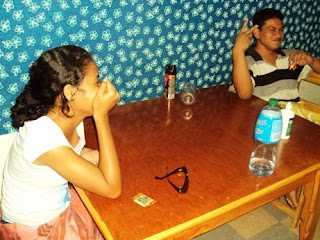 Site and Filifili taking a break from the computer lab. I gave them ice water and Ghiradelli chocolate. 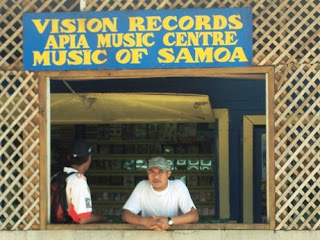 Some guy hanging out at the record store. 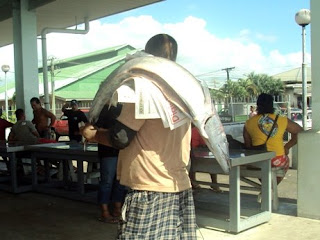 Huge fish at the fish market.

Hey Matt, My cousin is there from Australia. He is one of the visiting priests. Keep up the great stories.