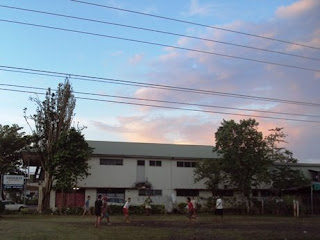 I had meant to save the picture of the uniform check until today. Monday’s uniform check and the subsequent attendance depletion have defined the week. The school seems lonely and small. The ununiformed have slowly been making their way back, but class sizes have been in the manageable-but-miniscule 20s for most of the week; a large drop-off from the usual raucous-but-jolly 40s. It’s made the classroom less stressful, but a lot of the kids that aren’t here are likeable. Oh well. Here are some other odds and ends from the week:That’s all I got for today. I hope you enjoy your 3-day weekend, America. Pictures below. 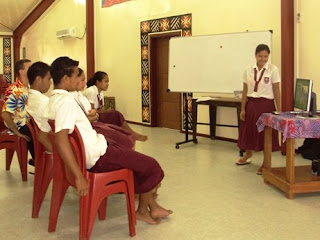 My year 13s did presentations in class today for the PowerPoint unit. We only got through 2 of them, so they'll continue Monday. They're pretty fun. I'll talk about them more on Monday, probably. Also, my snazzy shirt is on the far left of the pic. 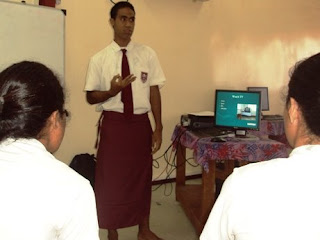 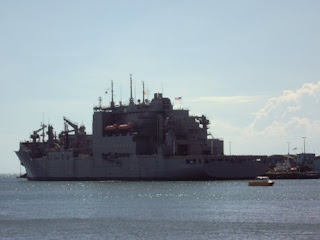 This boat, the USNS Richard E. Byrd is parked in the harbour. You can read more about it at the blog that Luisa found here. Peace Corps plays the Navy at softball on the 4th of July. Should be intense. 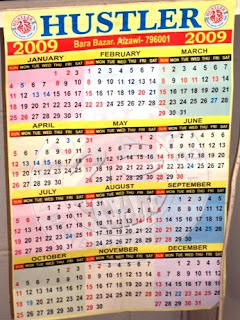 My secretary was out today, and I notice this calendar hanging next to her desk. It's clearly a different Hustler from the American variety...

I like your snazzy shirt. I will try to copy Weeds season 4 & send it soon.