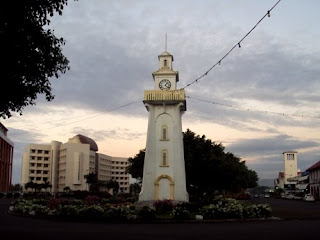 From what I could tell going into this week, there was a rare full week of school planned, which was both good news and bad. Good because I am a little worried about getting everything in before the end of August when we are technically supposed to be done introducing new material; bad because I have one prep period per week, so it’s nice to have random days off. But all in all, this week’s been pretty easy. Who knew lesson planning could make life so much easier? Here are some other odds and ends from the week:That’s all I got. I hope you’re well. More running sunset pictures below. 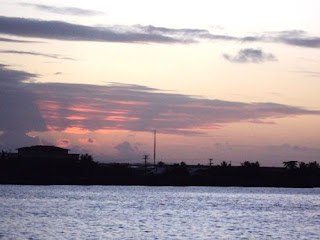 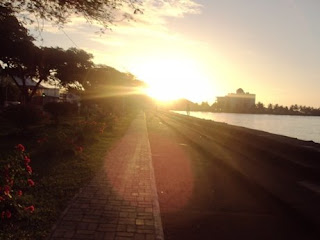 Where's the picture of Manila? Am I missing something?

FYI, PCVs have a sewing machine that was brought in sometime around group 72? Ask around. When I left a year ago, it was with Erin (78) I think. It's a communal sewing machine and we tended to pass it around every few months so people could sew curtains, hem ies, etc. Someone living in Apia usually kept it so that kua volunteers could come to their place and borrow it.

Beautiful sunset! But yeah...where is Manila?

Maybe, you didn't know that Cale is a seamstress?(or is smanstress?)