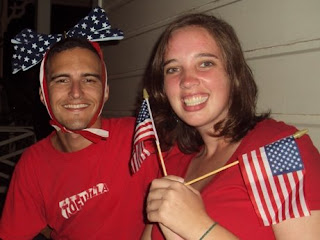 This afternoon on the car ride back to town from Koa’s house, Trent said, “Wow. These last two days actually felt like being in America.” True that. Between yesterday’s party and Erik driving the rest of us around the island today, very little felt Samoan. It was appropriate for 4th of July weekend, and it was a nice change of pace. I admit the thought of school tomorrow makes me wince a little.

There was a lot of controversy going into yesterday’s Peace Corps/Navy softball game at Robert Louis Stevenson’s house. At issue was the varied level of seriousness people with which people approached the game. To some, the email invite conjured a fun, casual game with impromptu rules and handicaps to ensure everybody enjoyed themselves. Other people interpreted the event to be a high-stakes cut-throat match-up of America’s beloved seafaring children and their smelly hippie cousins. It was apparently naïve was to not realize the Peace Corps’ reputation was riding on a 4th of July softball game at Robert Louis Stevenson’s.

The serious side won. And that turned out to be a good thing, I think: The U.S. embassy hired 3 umpires for the event, the distance between bases was carefully measured, and the game was scored by no less than 3 people.

I didn’t really care how serious we were going to take it. I just wanted to play. So I did. I missed Friday afternoon practice because of Athletics Day, so I was benched at the beginning of the game, which was cool. I still got to play 4 innings. My fielding was mediocre; I was second baseman, and there was one pop-up where the right fielder and I both hesitated and no one went after the ball. I batted 1 for 2 with a double, an RBI, and a run. So not a terrible day, all in all.

The event afterwards turned out to be a really good time. It was pretty well attended. It appeared some of the Navy had family with them. I’m not sure how that worked. I heard the Byrd is actually a supply ship, and that most of the people on board were civilians rather than enlisted officers, so that might explain the large number of women and children.

There were sparklers and hot dogs and ice cream cones and some very short speeches. The Navy band played, and there was dancing. The tuba player was excellent. I talked to the bass player while I was in line for food. He suggested I go down to San Diego and audition for the Navy when I get back to The States. Probably not going to happen. The band played a great cover of “I Want You Back.” Maybe one of them read last Thursday’s post?

It felt even more like America because Phil’s got a friend in town and Erik’s mom and brother are here visiting. Erik’s family rented a car for the week, and since Erik took a couple days off, he’s not bound by Peace Corps rules and therefore he’s allowed to drive. With his mom at the pool and his brother catching up on work this afternoon, Erik had some free time this afternoon to scoop up me, Trent, Koa, and Supy for a leisurely Sunday drive. We headed to the western side of Upolu to explore the mountains, and we dropped Koa off at his house.

Good times all around. Busy weekend though. I’m ready for a break. 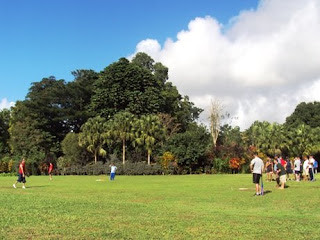 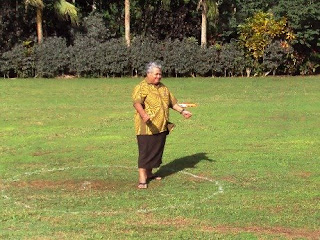 The Prime Minister of Samoa threw out the first pitch. 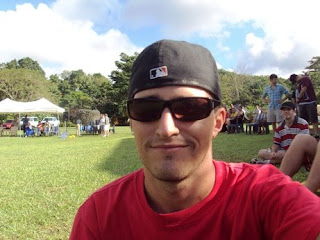 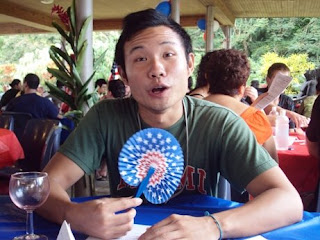 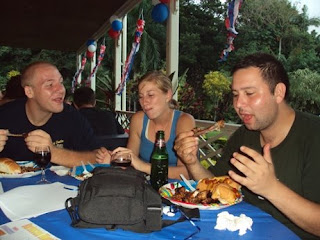 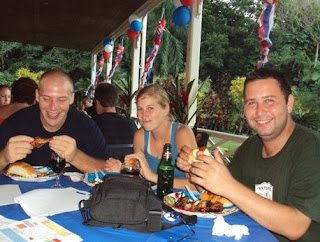 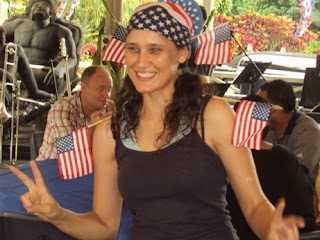 K8. This was the original above-the-fold pic, but then I found the one of Blakey and me. Close second, K8. Close second. 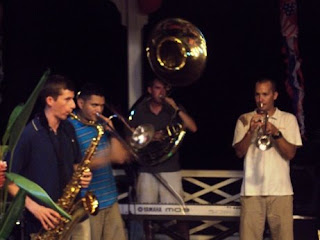 The band playing "I Want You Back". 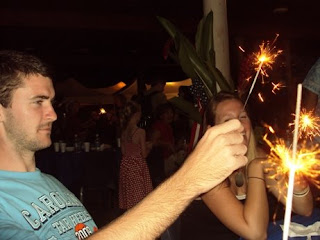 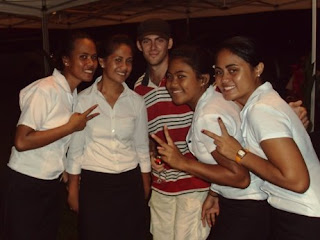 Ryan and the wait staff. Sorry, Max. You got cropped.

Very fun. I am so glad that the cousins won, smelly or not. Nice to see you looking typically American. You missed a fun time at your house. Great food, great company and the usual crazy Union City fireworks. Oh...and four dogs running wild, ours tormenting yours. Poor Casey. We miss you.

3 of the girls in the last picture are my former students from Chanel College. Where was that pic taken?