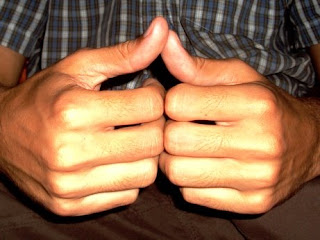 As happy as I am with the break from school and the chance to sleep in—I woke up at 8 o’clock this morning, not sure why—I find it much easier to save money when I’m occupied. Joining the Peace Corps, I expected a lot of downtime, but it’s downtime I’ve learned to anticipate and structure. But with this whole swine flu school cancellation, I’m awash in unexpected downtime, and it’s difficult to approach the situation rationally.

My first impulse is to go out and spend money. I have the day free, why not go out to lunch? Hell, dinner too? Find other volunteers who are passing through town and see if anyone wants to get a couple drinks? Casey’s brother is in town. Why not go with them to the river fales in Falese’ela? It’s not that I don’t have money saved; it’s just that I have better things for which to save. And it doesn’t take too much splurging to go over budget.

If I wasn’t in Apia, I think the situation might be easier, or maybe just less expensive. During Training, Dylan and Laura were quite upfront about the fact that volunteers who live in Apia have a lot more opportunity to spend money and consequently often end up spending a lot more money.

It’s not that I get peer-pressured into going out to dinner. In fact, it’s a bit of the opposite. When I see Supy at the Peace Corps office, he often wants to buy some Top Ramen and eat that for dinner, which just seems appalling and pitiful to me. We haven’t hung out in a month, and we’ve probably been eating Top Ramen for most of that month. Why not go out and share a quality meal? Why not go somewhere where we can talk while someone else prepares the food?

It’s also not like I don’t have productive things to work on; I do. And I have. Despite schools being closed, my grades for last week’s CAT were still due to the Ministry of Education today. And there’s a fair amount of lesson planning to be done for when school starts up again. And now seems like a perfect time to learn a little bit more of Microsoft Access.

But who wants to spend unexpected vacation doing that?

Vacation is one of those tricky things where the things that sound lousy while it’s happening are the things you later wish you’d done. Or not? If I become a hermit and shut the world out and spend the week out of the public eye on the cheap, I will probably wish I’d been around people when I had the option.

I hope you’ve got big plans for the weekend. Pictures below. 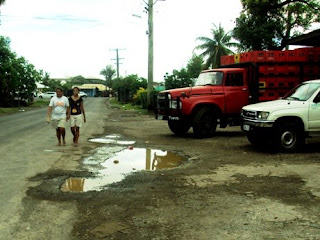 It was rainy today. 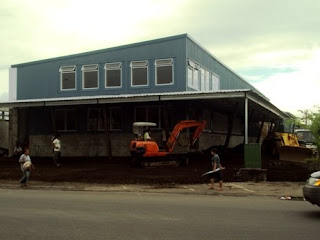 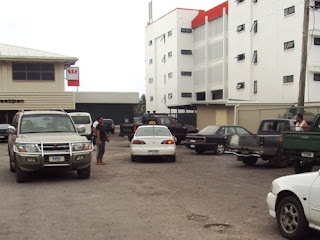 A small fender-bender in the bank parking lot. 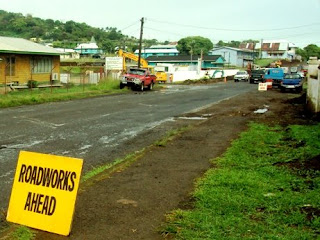 Saw this sign on the way to the Ministry of Education this morning.