Countdown to the Newbies 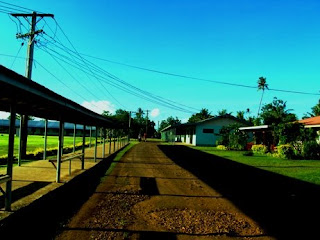 In addition to The Road Switch and Swine Flu, one of the most common topics of conversation at recent Peace Corps gatherings is the anticipation of Group 82. As far as any of us can guess, they are expected to arrive on the first Wednesday in October (i.e. October 7), and unlike any group since the 1990s, we estimate they will have in the ballpark of as many as 24 members. Everyone seems pretty pumped for new blood.

Working at eCivis, which was always in the midst of mass hiring (because of their sadistic love of mass firing), I was hired with Gower and was there for a month before Sebastian and Vanna were hired. At CNET, I came on in the first week of November, and I think I had to wait until just after the first of the new year before Andrew and Christine were hired. A month or two seems pretty par for the course for having to endure “new guy” status, but we in group 81 are coming on 10 months now, and we still feel a bit like the new kids on the block (the figurative kind, not the washed-up vocalists from Florida).

Last night I got to the movie theatre—I went to see “I Love You, Man” with Paul Rudd and Rashida Jones—just before the scheduled showing. There was a long line for the box office, and the feeling was very similar. It’s lousy to be the last one in line. Having someone behind you validates and elevates your place. It feels good to have someone following you—to follow in your footsteps, tread where you tread.

Just the same, it’s empowering to have some semblance of seniority in an organization—to be forced to hide your insecurities in order to assuage (or exploit?) the insecurities of those who come after you. We can’t know that a relay runner has done a good job until she passes her baton. It gives us purpose.

More than that, they’ll probably have cool toys and crazy stories to tell us about what America is like in 2009. Sure, we communicate with people from back home, and Blakey and Phil are going home for a couple weeks in September, but these new guys will undoubtedly be able to tell us about the future. And hopefully they’ll come bearing hard drives loaded up with new movies and new seasons of television.

But really, more than physical goods or purpose, they will bring freshness. By my unofficial count, there are 34 Peace Corps volunteers in Samoa right now, and a planeload of 24 more is bound to stir the pot and change the flavor.

Colonel Sanders had 30 herbs and spices that went into his recipe for fried chicken, but in The States we’re bombarded with so many options and flavors, it’s difficult to isolate or appreciate each one. But here in Samoa with only 34 people to know day in and day out, each one counts. And 24 new flavors is going to be monumental.

So the countdown is on.

I hope your chicken is finger-lickin’ good. Pictures below. 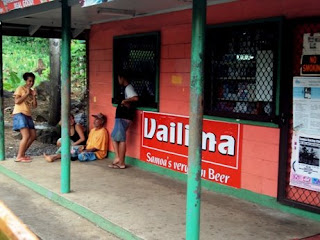 Hanging out at the faleoloa. 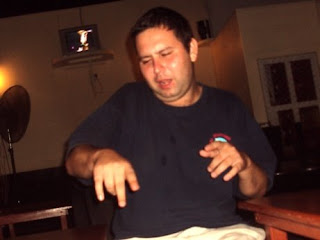 Koa doing a little dance.
Posted by Matthew at 8:00 PM

Blakey & Phil are going home in September?? While I'm there?! Bummmmmer.