Devil in the White City 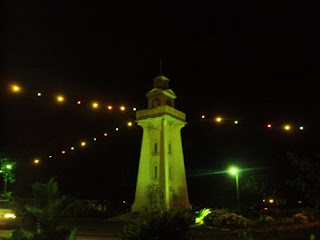 The Teuila Festival started today, although it seems to be the kind of thing where it starts off slow and builds. The Road Switch tension is heading into our final week before the big day. The combination of anticipating these two events is palpable throughout Apia. Though the events will miss each other by a weekend—the Teuila Festival going all out on Friday, the Road Switch waiting until Monday—the convergence of these events feels horrible and awesome, like watching two buses collide.

Speaking of buses, a rumor circulated this weekend that the bus drivers were going to strike today to protest the government’s refusal to subsidize the conversion of buses to allow for passengers to enter through the left-hand side of the bus. If the buses shut down, the country would shut down, so as I wrote the test I gave to my year 11s last night, I wondered if I’d give the test at all this morning. But I could hear students on campus when I woke up.

The student body did a collective pump-fist this morning when my pule announced we’d be doing school cleaning after Interval on Thursday and Friday’s going to be a Sports Day. My 11.1 class said that students and staff will most likely attend the boat races and the parade on Friday morning, and then we’ll all walk back to school to start sometime after that. Sounds fun.

In my year 10 classes, I’ve decided to structure their Microsoft Word time by giving them topics to write about. Today I asked them to share their thoughts about the Road Switch. Some of them spent much of the hour trying to find the perfect font that would express their vantage point just right. But many of them had a lot of things to say. In fact, one girl raised her hand to ask if she could include her general opinion of the Prime Minister. “Ummm… sure?” I shrugged. Sounds good to me. The room was abuzz.

Also abuzz is the “village” behind the Samoan Tourism Authority (STA village) with tattoo demonstrations and handcraft booths and young men carving large pieces of wood. Walking through there today, the place seemed like it was still getting its bearings and preparing for denser crowds later in the week. I did stand around and watch a man carve a canoe using a chainsaw for a couple minutes this afternoon. It was surprisingly riveting.

With the race on Saturday, we got to ride or run over all of the new speed bumps the Ministry of Transportation has installed all over rural Samoa. Actually, there’s a huge speed bump that was just put in yesterday or earlier today at the end of Palagi Alley in the middle of downtown Apia. Speed bumps make sense in the short term—they’ll clearly help slow people down during the transition—I’m not sure if having speed bumps all over the countryside is such a great idea in the long term especially since most of the buses have no shocks.

But whatever. They’ve been turning on the colored lights that run along Beach Road, which just makes the atmosphere feel festive. It’s hard to look away as the buses prepare to collide, but if happens in the shine of festive lights, how bad can it really be? 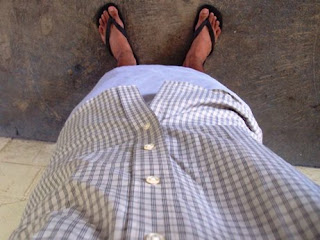 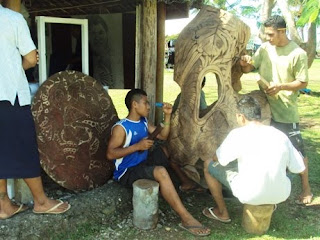 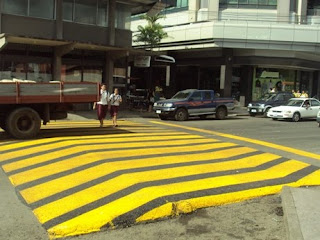