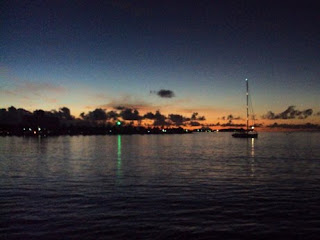 I remember after a long winter out of the pool, the first couple laps of swim practice were the easiest. The water felt smooth and comforting and the strenuousness wouldn’t seep in until the second half of warm-ups. So it is with school starting up again after the two week ma’i pua’a break. These first couple days have been shockingly easy, but I’m guessing it should start feeling like more of a grind any day now. Here are some other odds and ends from the week:And on that note, I’m going to head out. 3 weeks until Amanda gets here! 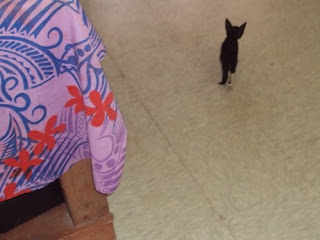 My 11.1 class was crazy today! This kitten walked across the room. Apparently it was being passed around from student to student. Poor cat. 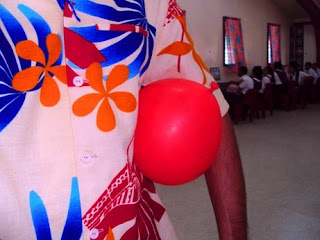 I also had to confiscate this red balloon a little while later. It was kind of fun. I just wish we had 98 more of them. 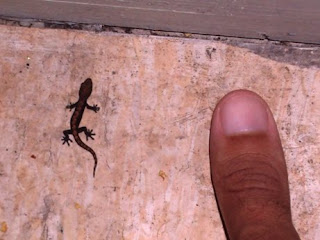 This lizard jumped out of my stove when I went to turn it on last night. Good reflexes.

3 more weeks until I get to play with kittens & lizards!