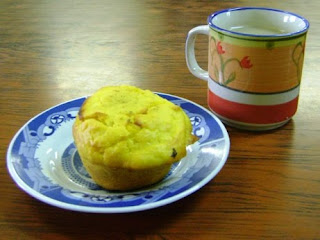 The Peace Corps is a great modern development in diplomacy and the spread of friendship around the world and blah blah blah. I realize people from the west have been trans- planting themselves into other countries for hundreds of years, but their agendas tended to be heavy on the evangelism or exploring for her majesty or the oppression of native peoples. I’m not so naïve as to claim the Peace Corps doesn’t have an agenda, but as much as we’re spreading American pride, individual volunteers aren't trained in diplomacy or cartography or tyranny. We’re just a bunch of regular people. It’s an interesting social experiment.

And in a weird unintended way, it creates a perfect environment for other social experiments. Living in a place in which nearly everything is unfamiliar creates a pretty good vacuum of the senses. To put it another way, when you’re in The States, you’re surrounded by so many familiar people and places and things that the effect of certain changes become absorbed and muted and mostly go unnoticed. But here, there’s very little that’s familiar to cling to, and when something changes or a particular stimulus enters the environment, it’s palpable.

Perhaps some tangible examples would do some good. There’s a guy who sits next to me pretty often during Interval, a non-Samoan incidentally, who wears rather strong cologne. It borders on pungent, and for a while there it was nearly unbearable. The thing is, every day at Interval we’re served muffins and tea. This situation has had two noticeable effects:This became a problem last week when I smelled the cologne during the Swine Flu break and no tea or muffins were served.

I learned about Pavlov junior year of high school, and Mr. Friedman gave us some great examples, and I’ve never doubted the authenticity of a classically conditioned response. But it’s so stunningly palpable here, and I think it’s because I’m in an unfamiliar place and my self-awareness is heightened.

I mentioned another example last week in the post about why we’re so excited for Group 82. During training in the host village, there were 13 of us from The States (all of the trainers are Samoan), and living in such a highly intense, highly intimate environment, you get to know the other 12 personalities insanely well. And so when training ended and all of us would get together with other volunteers—the first time I really felt it was at New Years at Falealupo—it’s crazy how you can set the 12 personalities as a baseline and then feel the way that just one or two other personalities change the dynamic.

I’ve been in similar situations in college. Working orientation, we lived together and worked together day in and day out. Alternative Spring Break was somewhat akin to a week-long Peace Corps experience. But they both were a little too familiar. It’s like the Peace Corps is a pressure chamber, except instead of sucking out the air, there’s a vacuum of fluency; everything that’s familiar is sucked away, and experiences are strangely amplified. It’s a crazy time.

I hope you’re stepping outside your zone of comfort. Pictures below. 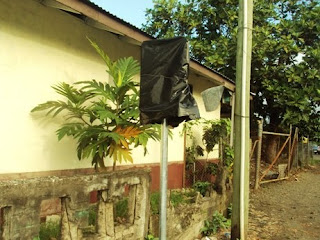 Hard to tell from this picture, but this sign is on the left side of the street. It's covered with a garbarge bag because the road switch isn't for another 26 days. We're definitely getting ready though. 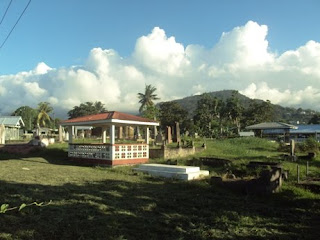 This cemetery is near my house.
Posted by Matthew at 8:00 PM

Nicely written. You should have dedicated it to Mr. Friedman.

i always think of mr. friedman whenever i hear the word "Pavlov", ironic pavlov effect right.gl