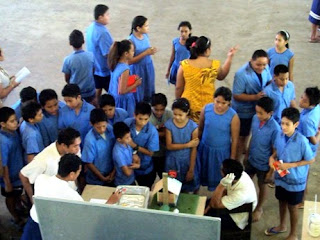 Every year I entered the Pioneer Elementary School Science Faire, I came in runner up. Always a bridesmaid, never a bride. I vaguely remember handwriting the word “hypothesis” in first grade. My parents were pretty good about helping me put together the project, but I remember writing up procedures for making red cabbage litmus tests and comparing gravity’s pull on objects and other stuff like that. Liam came in first place at least one year. I remember him doing something involving magnetism and dryer lint.

In any case, our school hosted the local science faire today. I use the term “local” because the grouping of schools was a little strange. It was a combination of public schools and Congregationalist schools; and of secondary schools and primary schools. There was speculation over whether the science faire would happen at all with the whole Swine Flu break. The Methodists canceled theirs. But ours went forward as planned.

My neighbor Maengi led the charge at our school. She asked me about a month ago if I had an old bike tire the students could use to make some sort of wind turbine. I said I’d check and see if anything was available at the Peace Corps office. There wasn’t, and they decided to find a new topic. So I had absolutely nothing to do with our school’s entries to the faire.Since our school hosted the faire, students and staff were invited to tour the event during interval, which I did.

I expected at least one volcano. We’re on an island in the South Pacific, sitting on the ring of fire. Hell, we had an earthquake on Monday night. And a Paper Mache volcano spewing vinegar and baking soda is such a default science project anyway. On one hand, I felt a little cheated when there turned out to be no volcano. On the other hand, I felt relieved for Samoa’s sake.

Despite the absence of the volcano, students found ways to be culturally pertinent. One group did a study on using elements from the natural world to make fabric dye, which is something that’s been done in Samoa for hundreds of years. Another group presented a study on the different strata of air in the rainforest. Admittedly, that one lacked the crowd-pleasing “Wow!” factor. Oh well.

And, as usual, the exhibits that pleased the crowd were the least scientifically interesting. The one that hooked me was the following:
The Styrofoam cup shoots into the air. Whoa! It didn’t really push the boundaries of science, but I could have watched the kid do it over and over.

The awards event was held this afternoon, and it seemed live every school walked away with something. And I felt the need to comfort the runners up. You know, the science faire bridesmaids.

I hope you’re dealing with issues of science. Pictures below. 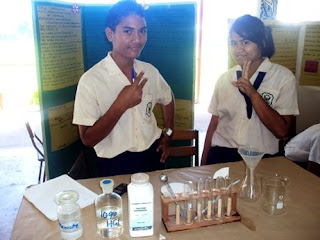 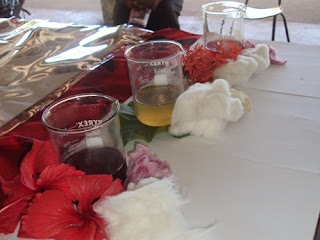 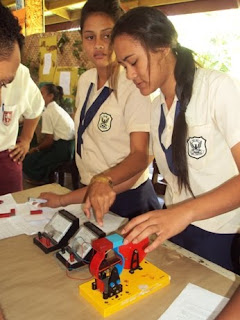 This had something to do with electricity. 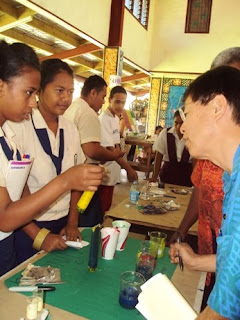 I think JICA had something to do with the organization of the event. In any case, they had a small-but-present contingent. 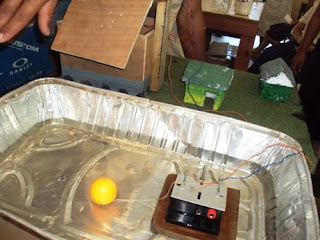 Model of a tsunami alert system (not to scale)(haha). 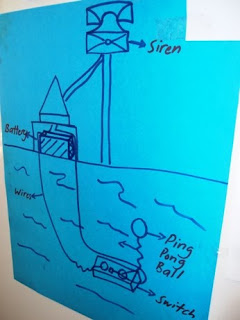 This was the complementary diagram. 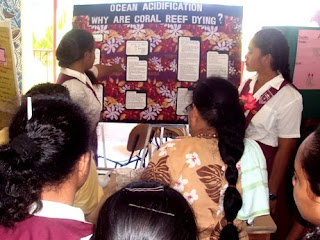 The lady on the right is a judge. 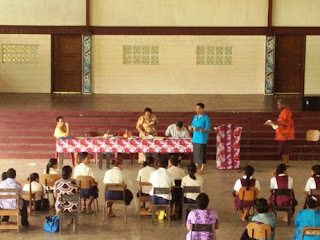 great pictures. my kid just learned to fill a 2L bottle with some water and then tape it up to another 2L bottle to make "a hurricane". i asked where he learned it and replied "blue's clues". hmm i wonder why we don't have a science fair at his school (he is now in first grade).