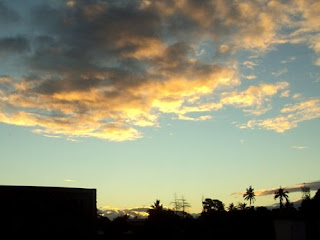 With being locked out of my house this past weekend, and having a fair amount of stuff to do on Sunday that I wasn’t able to do on account of being locked out, I’ve felt behind all week; like it’s Thursday and I’m still trying to do Wednesday things. What are Wednesday things, you ask? Checking the newspaper for election results. Going to church for ashes. Completing crossword puzzles of medium difficulty. You know, Wednesday things. Here are some other odds and ends from the week:That’s all I got for this week. Happy birthday, Mom! Pictures below. 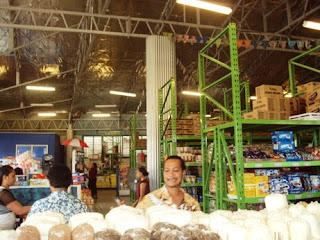 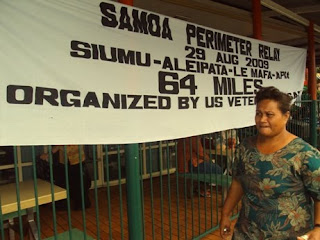 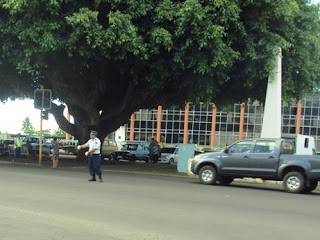 Most stoplights have been shut off all over town all week, almost surely because of the road switch. Maybe they'll be out until the switch actually happens. Wouldn't be surprised. Yes. Samoa could survive without stoplights for 2 weeks.

Good luck with the race. Drink lots of water!

New shelves at Citimart - I'm missing out on so much!

So, Jane finally made it. I bet she is so happy to be there.
Hope you don't melt on your race...I can't imagine doing much running there, unless it was before dawn, or after dark at night, it was so hot and humid when we were there. But, the 25 year difference in the age might have some influence.