Late Night Up the Hill 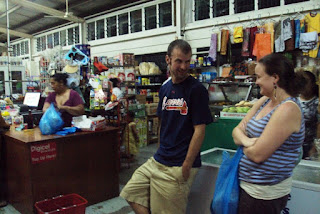 Every once in a while it’s 9:00 p.m. and you realize you need something urgently. Where do you go? When I was in middle school they put in a Wal*Mart in my hometown—the first in Northern California—and while my family never shopped there regularly, occasionally there’d be a need for binder paper or markers or toothpaste or a fishing pole or whatever, and we’d go shopping there in the middle of the night.

Here in Samoa, only a few businesses are open all night, so I got a little nervous tonight when I realized I was out of cat food. Dustin and I were walking home from the Peace Corps office when I remembered. It was 8:30 p.m. “I have to go to Lynn’s,” I said.

Lynn’s Supermarket in Motootua isn’t Wal*Mart, but it’s got a bigger selection of groceries than the average faleoloa, and it’s open later than the bigger grocery stores in downtown Apia. Also it’s not too far up the hill from my house. Dustin was tired tonight, so he opted to stay at my house while I ran up the hill.

There’s nothing scary about walking up the hill at night aside from the lack of paved sidewalk and the dogs. There are usually a few people strewn about the sides of the road, enjoying the cool of the night, and on nights like tonight the moon is so bright there’s hardly a need for a flashlight. Don’t worry, Dad, I use the flashlight anyway.

Even just before closing, Lynn’s is a pretty happening place. I’ve never been there when there wasn’t all kinds of bustle: one guy parking, one guy coming out; 4 customers in line, 2 registers open; soles in the back of the store smirking at each other; a bodiless hand stocking the refrigerator shelves from the darkness through the freezer glass.

For whatever reason I see a trip to Lynn’s as an opportunity to buy myself a treat. Shopping at Farmer Joe and Lucky Foodtown, I am a disciplined shopper stretching pennies to their breaking point, but at Lynn’s I treat myself. Often it’s a drink—times were really good when they had a large amount of pineapple juice go past the expiration date and everything got marked down—or something from the baked goods section. Tonight nothing caught my fancy, so I settled for a packet of Mango Sprim.

And any trip to Lynn’s inevitably involves running into a student. Often someone will recognize me while I’m walking up or down the hills, and call to me from the shadows, “Fa Matthew!” Tonight it was the smirking soles in the back of the store. “You’re Matthew the computer teacher, right?” One boy asked.

“I go to your school, but I don’t take computers,” he said. “What are you doing?” 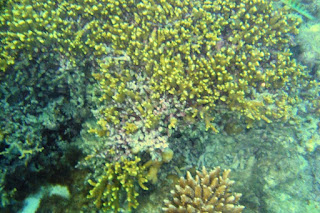 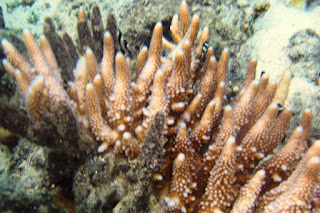 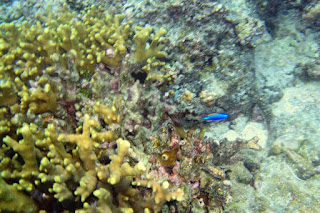 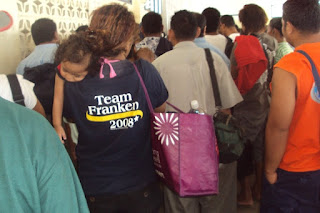 Fishing rod in the middle of the night? I just remember emergency runs for dog food to feed maggie the next morning. You ought to write about visiting that wal*mart at midnight - crowded with people and their kids on school nights, the stock people putting out pallets of merchandise, and always the long lines at the cash registers... and the bright lighting!