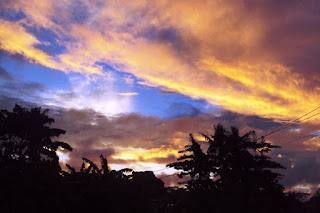 Dustin’s been a trooper this week. Sure, there’s been the moments where he’s done something difficultly out of the ordinary: abiding with strange bites on his feet, putting up with the heat and humidity, dutifully swallowing palusami with blind trust. I feel like his bigger feat is keeping high spirits through the monotony of Peace Corps life. There’s been days when we’ve seen a lot, but there’s also been days when we’ve seen obnoxiously little. And Dustin’s been a sport throughout. Here are some other odds and ends from the week:
That’s all I got for this week. I hope you’re well. Pictures below. 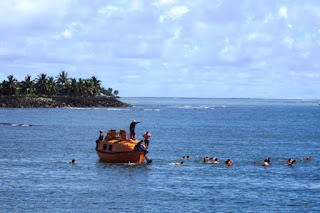 Some sort of life-jacket drill was going on in Apia Harbour on Monday morning. 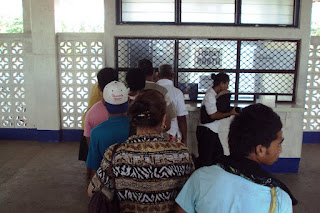 There was an orderly queue to purchase ferry tickets for the 2 o'clock boat Monday. This never happens. 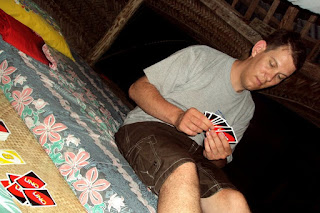 Dustin and I have played quite a bit of "Uno" during his stay.