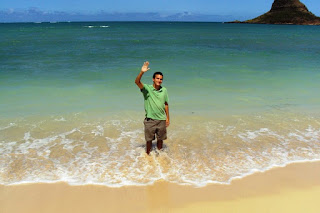 I’m sorry I haven’t posted in 3 or 4 days. There was the night before the GRE when I had to study, the night after the GRE when I had to celebrate its being over, and by then blogging didn’t fit within the vacation routine. Also, I feel like it took my family a couple days to get the hang of being on vacation, but toward the end there we hit our stride. Here are some other odds and ends from my week in Hawai’i:
That’s all I got. I hope you’re well. Pictures below. 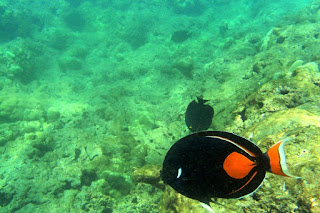 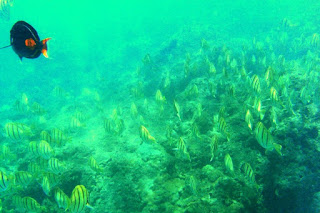 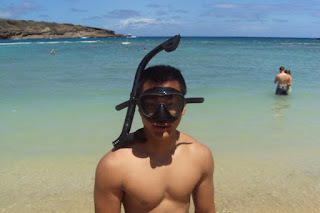 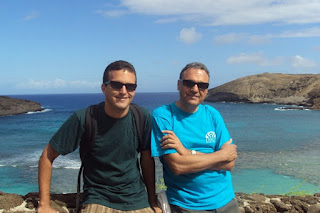 My dad and me at Hanauma Bay. 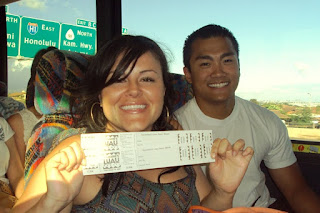 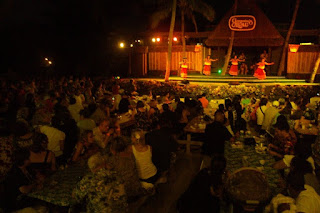 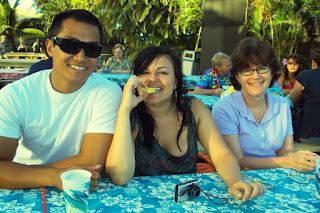 Victor, Amanda, and my mom at the luau. 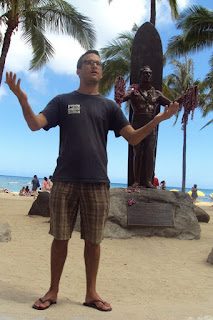 Me and Duke Kahanamoku.

love the snorkeling pictures. i could live in hawaii too.

Fun times! You didn't put any of the luau dancer pictures up. Good job getting a picture of Mom!

Kai is not a profanity word in Samoa...Kai is Maori for food, the Samoan word for food is 'meaai' and you probably often hear Samoans asking 'fia ai'

I know the word you are referring to but the last letter is e not i.

Love the blog by the way