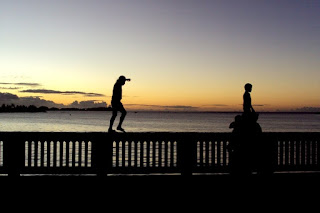 I was carded twice while I was in Hawai’i, and both times the cashier saw the photo on my driver license and looked me over and said, “You’ve lost weight.” It’s true. When my license photo was taken in early 2006, I was roughly 30 pounds heavier than I am today. But with having guests here in Samoa and spending a week in Hawai’i with my family, I’ve added a couple pounds. I talked to the medical officer about something else today, and out of nowhere she asked, “Is your face puffy?” Nope. That’s just me. Here are some other odds and ends from the week:
That’s all I got for this week. I hope you’re well. Pictures below. 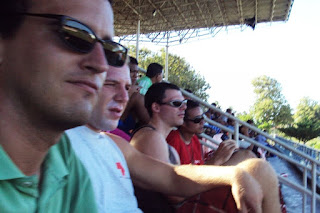 Me, Dan, AJ, and Supy at the rugby tournament yesterday. 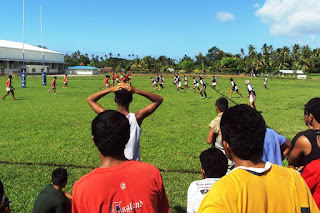 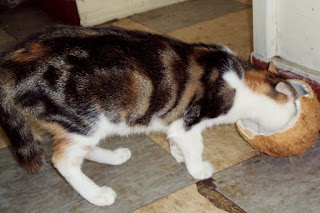 Malo Matt - I don't see the sunset pic usually posted for Thursday.. it is just of Scout in the niu.
Good luck with the lafa.
ia fa

I think the direct reference to your "un-academic" post might scare the schools into thinking it was a lot worse than it actually was! :)