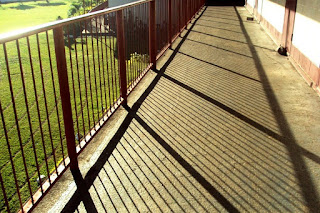 When my high school chemistry teacher Mr. Johnson gave tests, a couple days beforehand he’d hand out an exact replica of the test, except with different numbers. The idea was we’d figure out how to do the problems and then demonstrate literally the exact same skills once the numbers changed. I assume there were students in my class who thrived because of this practice, but I absolutely hated it. And now I’m doing the same thing in getting my year 13s ready for their big practical exam, and I have mixed feelings.

For whatever reason, the Pacific Secondary School Certificate committee sends the standardized exam 2 weeks ahead of time. This morning my secretary showed up to my classroom holding a CD that contained the big test my year 13s have to take August 18. I think the idea the two weeks give a teacher due time to familiarize herself with all of the test materials. It also presents the teacher with some unethical temptations.

Within Samoa, this used to be the practice for the year 12s as well. The rumor I heard is the computer instructor at Samoa College handed out the exam to his students a week early, and a few of them brought it to their tutor looking for guidance. It turns out their tutor worked for the Ministry of Education, and he was the one that actually wrote the test. It was all kinds of bad.

I have no intention of distributing the exam to my students days before they have to take it; ethically that’s pretty black-and-white. But if I switch the numbers á la Mr. Johnson, does that make it okay? Hard to say.

As with any standardized exam, the PSSC practical tests students on their ability to take a test at least as much as it tests their actual knowledge of the subject matter. This is especially true for my weak English speakers. I certainly feel obligated to review the practical’s instructions with them before they’re in the exam hot seat. But where do I draw the line between preparing them for the specific type of exam and spoon-feeding them answers?

For one, I don’t plan on asking the exact same questions with different numbers. I think I can mimic the tone of a test question beyond simply changing the numbers. I’m less concerned with the kids answering questions by rote memory than I am with having them be comfortable with the method of testing, the format of the question, the way they fill in their answer.

After all, this is a practical exam, not a written one, and maneuvering through a computer program is a skill you practice, not something you study. I see benefit in having my students literally go through the motions involved in answering questions for the PSSC.

In the end, the whole argument is moot because the PSSC committee publishes tests from previous years, and there’s little variation from year to year anyway.

So we’ve got 2 weeks to practice now. They’ll be ready.