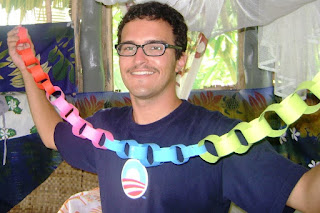 For some unknown reason, Samoa celebrates Father’s Day in August. It was yesterday. And as with every other national holiday, the day after, i.e. today, is also a holiday. There was no school today, and most shops and businesses around town were shut down. As is my end-of-the-weekend habit, I’m hung up on the big picture tonight; focused on the grand scheme. For me at this point, the grand scheme is all about getting ready to leave Samoa. True, I’ve still got 4 months. But I’m thinking grand here.

The following is the list of things I need to do before I leave:
There are other things I’m leaving off this list—packing, tattoos, etc.—but I’m going to chalk those up to logistics and Samoan Bucket List respectively; not list-worthy.

The list looks pretty impossible. Ehhh... I’ll do what I can. 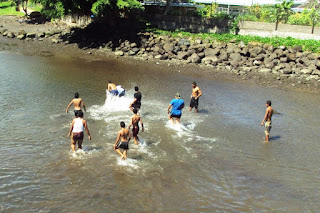 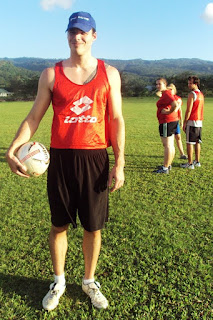 I'm sure you know this, but Sara did a school magazine and I am sure she will be a treasure trove of info and pointers if you need that. Plus, hopefully, you have your funding in place for printing, because that was one of Sara's biggest headaches...a scramble clear to the end.

Just wanted to thank you for your almost daily blogs since you have been in Samoa. You made Samoa seem closer somehow by giviing us glimpses of this beautiful, but vastly different country...and you did this with flair. Your blogs were all interesting, informative, and often quite funny. I wish you all the best when you return to the states. I'm sure your family is every bit as anxious to see you as we are to see Erin. Until then, I'll keep reading...
Karen

I own all of Deadwood and enjoy them. AJ looks dressed for a game of basketball not soccer.