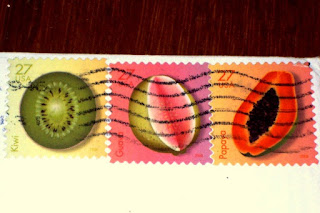 I need a stamp. It’s common courtesy to present a stamped envelope to someone who writes a Letter of Recommend- ation, which means stamping the envelope you send to that person, and then stamping another envelope and folding it up and sticking it inside the first. To do this, one needs a stamp to send to the envelope to the recommender, and another stamp for the recommender to send to the institution. This means I need Samoan postage for the first part and American postage for the second, but where am I going to find American postage in Samoa?

As it turns out, I had a few things to mail from LAX before I left in October 2008, and so I bought a bunch of American stamps in bulk. This Letter of Rec project needs three American stamps, and I had two left. Where do we go from here?

I went to the Peace Corps staff. Now that I think about it, I have no idea why any of them would have American stamps, but it seemed like the most likely option. I was greeted with shrugs. “I don’t know where to find an American stamp.” Then as an afterthought, “Good luck.”

As it turns out, to print E-postage from this program, one needs to be simultaneously connected to a printer and the Internet. Up until now, my life in Samoa has been either/or, and I can’t think of any computer that fits this bill. My laptop can connect to a printer OR the Internet, but never at the same time. All of the computers that can do this—i.e. the ones at the Peace Corps office, the ones at the Internet cafes in town—restrict users from installing programs... like Stamps.com’s integrated one.

RPCV Dylan 77 is flying into Faleolo Airport from Los Angeles tomorrow morning. Dealing with this predicament this afternoon, I was able to catch him in the terminal at LAX. His reply text was adamant, “If you can get stamps in an airport terminal I will.” May the force be with you, Dylan.

An hour later my phone buzzed, “No stamps in the terminal, sorry. :(”

So the game plan from here is tomorrow I will go to the Post Office and ask if they, by any chance, sell American postage. I expect confusion will ensue.

I also just might shoot an email to the American embassy to see if they have any ideas. Or any stamps, for that matter.

Worse comes to worst, I can ask my recommender to spot me the 44 cents.

But who wants to be that guy? 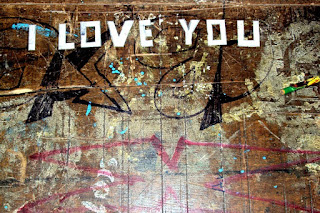 This is the desktop of one of the desks in the 10.4 class. 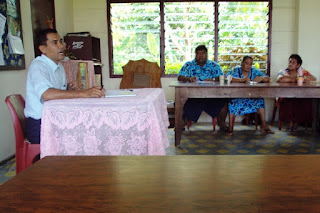 We had a staff meeting at Interval today.

Can you wait until I am there? Then I could bring some for you.