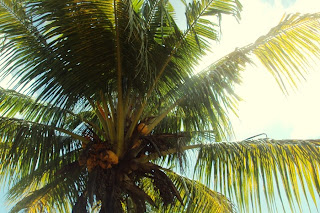 Whenever there’s an opportunity for hi-speed internet, I like to sign on to Facebook and see what’s going on in the world. And I’ve consequently become a frequent user of Facebook’s chat function. I still use my regular “How are things?” to initiate conversation, and inevitably the person at the other end asks, “How’s Samoa?” And for as long as I can remember, I’ve almost always had the same succinct response: “It’s hot.”

I’ve been meaning to pick up a PDF copy of the 2008 PSSC from the Peace Corps office, and I finally walked over there tonight. And walking home in pitch-black darkness at 8:30 p.m., it was probably in the mid-90s. And though I say it all the time, I had to stop and say it again. “It’s hot.”

Samoa is 14° south of the equator, so it abides by the seasons of the southern hemisphere, and thus is technically heading into summer. The terms “Summer” and “Winter” aren’t really usually replaced here by “Wet season” and “Dry season” respectively. Nonetheless, the southern hemisphere winter months—i.e. June, July, and August—tend to be cooler, and the Summer months—i.e. December, January, and February—are noticeably warmer.

Group 81 arrived in October 2008, so we’ve been through one hot wet season already, but this year the change feels different. Last year, we were newbies, and the warming trend was not relative to the dry, cool Samoa, but to dry, cool America. We got here and we expected it to be hot. It’s in the damn tropics. And as it got hotter, it only made more sense.

But now, after spending a cool dry season (that should really be called Slightly Less Hot and Slightly Less Wet), it’s time for the hot wet season to begin, and it’s hard to imagine things hotter and wetter than they already are.

I was walking in town with Blakey a while back, and I remarked on what a hot day it was, and Blakey told me she’d given up trying to discern the heat and humidity from one day to the next. “It’s always hot,” she said. It was a fair point with which I couldn’t argue, but there still seems to be times when it feels good to affirm the obvious.

Part of the differentiation springs from the fact that we’ve adjusted our lives to better deal with the heat. If I had errands to run back in February, I’d leave right after school to walk into town. Now, I usually spend an hour or two after school laying on my couch, and only after the heat subsides in the late afternoon will I venture into town.

Yet even with behavior adjustments, the heat seeps in. Teaching my year 13s at 4:30 this afternoon, we had all the computers off and all the windows wide open. I was wearing a t-shirt and shorts as is my custom during after school “camp” classes, but I could still feel the sweat running down my back. My kids nodded at me as they fanned themselves. Yeah. It’s hot. 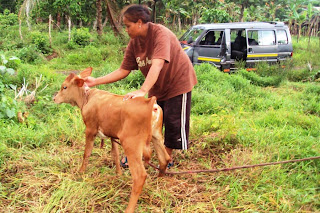 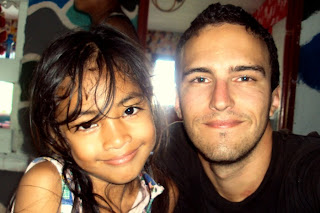 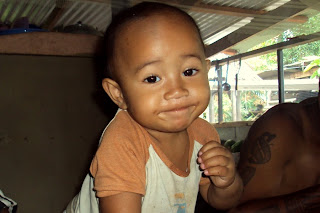