What Doesn't Kill You 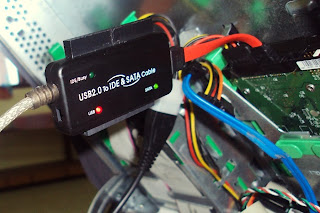 On an episode of the thankfully short-lived sitcom “Men Behaving Badly,” I remember a character listing the reasons why he had such a great day, which ended with “and then I stepped on a rusty nail.” When the others react with shock and horror, he tells them, “I just got a tetanus shot yesterday!” I realized I had a sizeable crisis on my hands around 1:00 this morning, but I was able to alleviate it in 10 minutes this afternoon, and I’m feeling good right now.

Some of you will remember how I put together a big Excel spreadsheet about 6 months back to automate a bunch of the processes teachers at my school were doing by hand. It took roughly a month to build it and polish it and confer with others about ways it could be improved. Sometime around mid-July I decided I was done with it until our next set of common exams in mid-November.

Since exams (and marking of exams) began today, it was crucial I distribute grade sheets to teachers today so we could implement my spreadsheet. True to form, I procrastinated and finally put together the handouts last night so I could give them to teachers today. The forms have to match the file itself, so I went to load the big huge masterpiece of a file, which I have saved on my flash drive. Except it wasn’t on my flash drive.

I never backed up the file, and the only copy of it is on the server in my computer lab, which you’ll recall was eaten by a virus about 2 weeks ago. This was a terribly stupid confluence of events, and a year ago, I would not have been able to fix it.

As it turns out, I’ve faced a similar problem already this year.

Before I left last October, Jennifer and Tommy gave me a 1-TB external hard drive with a slew of movies and music and video games loaded on it. There was even more stuff in-country, and I’d loaded quite a bit of stuff on it when it short-circuited and died in July. Jordan told me I could get a new shell for it, and most of the data could probably be salvaged. Cale looked at it and told me it needed SATA shell, which aren’t available in Samoa.

Amanda planned her visit for September, so I found what I thought I needed on the Fry’s Electronics website. As it turned out, this magical tool is exactly what Samoa needed.

I was able to salvage all of the data from the dead terabyte drive. After that, Jordan borrowed it to salvage data off the computer of one of his staff members. The thing is like a little pocket knife of ports and connectors that turns whatever device you have into a simple USB 2.0 connection.

I figured I could probably use that to get my large Excel masterpiece off my out-of-commission server. And it worked. Excel is back in business. Marks at my school will be automated this term.

I’m still a little freaked out about “taking a look under the hood” when it comes to computers (ha. Or cars for that matter), and I only have a surface-level understanding of what I actually did today. But I was able to avert my own crisis, and I’m pretty happy about that.

I hope you’re well. Images will be uploaded later this evening. 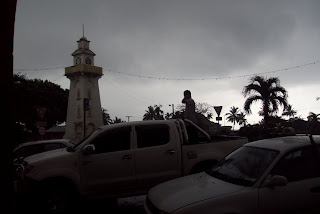 It rained really hard this afternoon—harder than it's rained in 3 or 4 months. 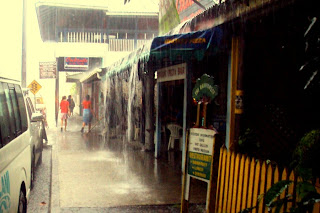 Rain falling off the roof at Italiano Pizza. 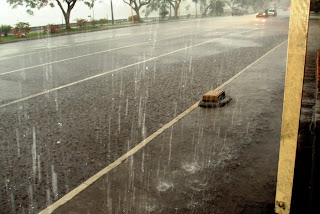 Rain falling off the roof at the firehouse.